“As a Jew, I feel that through the Holocaust, I have lost the right to stand silent in the face of injustice,” said Rosalie Silberman Abella, a Canadian Jewish Supreme Court justice, explaining her passion for justice.

Many of her family, including an older sibling, were murdered during the war. Rosalie herself was born in a displaced persons camp in Stuttgart, Germany.  Her father, Jacob Silberman, had been a lawyer in Poland and became a defense counsel for displaced persons in the Allied Zone of Southwest Germany. Yet, when her family was finally admitted into Canada in 1950, he was admitted as a garment worker! He had to struggle for years to get that recognition.


Rosalie was determined to become a lawyer. After attending Oakwood Collegiate Institute and Bathurst Heights Secondary School in Toronto, she enlisted at the University of Toronto, where she obtained her law degree in 1970. That was two years after she married the distinguished Canadian historian, Irving Abella. Abella was the J. Richard Shiff Professor of Canadian Jewish Studies at York University in Toronto. Together they had two sons, Jacob, born in 1973, and Zachary, born in 1976. Not surprisingly, both are lawyers.

Rosalie practiced civil and criminal litigation until 1976, when she was appointed to the Ontario Family Court. She also served on the Ontario Human Rights Commission and the Premier’s Advisory Committee on Confederation, chaired the Ontario Labour Relations Board and was sole commissioner for the Royal Commission on Equality in Employment.

In addition, Justice Abella has achieved a number of “firsts” in her life.

She was first Jewish woman to sit on the Canadian Supreme Court bench.

She was the youngest judge in Canadian history.

And she was the first pregnant judge of the Canadian Supreme Court!

In 1987, she became Boulton Visiting Professor at McGill Law School and Distinguished Visiting Lecturer at the University of Toronto Law School. From 1989 to 1992, she was director of the Institute for Research on Public Policy. In 1992, she was appointed to the Ontario Court of Appeal, where she gained a reputation as a reform-minded judge and an internationally-recognized expert on human rights.

Then, in 2004, she was elevated to the Supreme Court of Canada.

To top it all, she has been a member of the Hebrew University International Board of Governors and the U.S. Holocaust Memorial Council.

Rosalie Abella has received 20 honorary degrees, including from the Canadian Bar Association, the International Commission of Jurists, and B’nai B’rith.

Finally, she is an author and editor of four books and more than seventy articles, all on the fight for justice, which she cares about passionately. 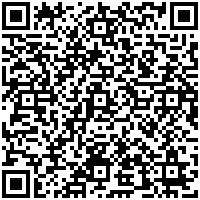