In the section of the Torah read on Shabbat HaGadol, we learn that the “king of Egypt said to the Hebrew midwives, of whom the name of the first was Shifrah and the name of the second was Puah, ‘When you deliver the Hebrew women…  if it is a son, you are to kill him, and if it is a daughter, she shall live’” (Shemos 1:15-17). Pharaoh contrived this “Final Solution” of the Jewish people by assuming that the Jewish midwives would follow his orders under threat of death. He did not count on the midwives’ courage to defy him.

Chazal tell us that Shifrah and Puah were none other than Yocheved and Miriam, the mother and sister of Moshe. Rashi tells us that the name Shifrah comes from a Hebrew root meaning “the capacity to make something better, more beautiful.” The name Puah comes from a Hebrew root that implies a particular gift of speech. Rashi comments that Puah was able to soothe a crying baby to sleep with her special way of talking.


Shifrah and Puah were on a very high spiritual level – obviously the type of women who would not hesitate to follow the way of the Torah, and to sacrifice their own lives for the sake of other Jews. They listened to Pharaoh’s command, and then did exactly the opposite.  Considering that Shifrah and Puah were not afraid of being put to death by Pharaoh for going against his orders, why didn’t they tell him “no” to his face? Given their spiritual greatness, the approach they chose was definitely not an act of cowardice, but premeditated wisdom.

Pharaoh eventually summoned Shifrah and Puah, and asked them, “How is it that you are not doing what I told you to do?” They replied, “The Hebrew women are unlike the Egyptian women, for they are experts; before the midwife comes to them, they have given birth” (Shemos 1:19).

Subsequently, the Torah text tells us, “God benefited the midwives” and gave them houses. A house = a dynasty.

Yocheved was blessed to give birth not only to her daughter Miriam, but also to Moshe and Aharon. Through Yocheved (Shifra), a nation of priests was born, while Miriam (Puah) was blessed to mother the royal dynasty, the “House of David.”

According to Rabbi Jonathan Sacks, the story of the Hebrew midwives’ defiance of Pharaoh is the first recorded instance of civil disobedience, one “that would eventually become the basis for the United Nations Declaration of Human Rights. Shifrah and Puah, by refusing to obey an immoral order, redefined the moral imagination of the world.”

History’s proud line of social activists and conscientious objectors can trace their source back to these righteous midwives’ stand against the higher authority of their time.

A reference to “righteous midwives” brings to mind a rabbinic opinion that the midwives were initially Egyptian women who, being God-fearing, became Hebrew converts. As such, they were righteous converts who saved the lives of the Hebrew infants out of commitment to the Hebrew faith.

Don Isaac Abarbanel writes: “The midwives could not have been Hebrews as how could Pharaoh’s mind be confident that Hebrew midwives would murder their own people’s infants? Rather they are ‘midwives of the Hebrews,’ i.e. they assist the Hebrew women in the birthing process, just as the verse says, (verse 16) ‘when you deliver the Hebrew women.’” Abarbanel emphasizes that both the midwives and Pharaoh always refer to them as “the Hebrews,” implying that the midwives were not part of that group.

Were they righteous converts? Were they brave Hebrew women? They were women of great moral courage whose actions ensured the survival of our ancestors in Egypt and their ultimate Exodus to freedom. 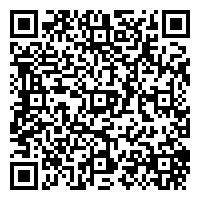