She was born in Argentina and raised in Jerusalem with her twelve brothers and sisters. Her father was from a wealthy Egyptian-Jewish merchant family, and her mother was the daughter of a prominent rabbi in Jerusalem.

After she got married, Shula moved to Lebanon and, being the beautiful wife of a wealthy capitalist, mingled in Beirut’s high society. By the time she was twenty-four, she was a mother of five children, but that did not prevent her from becoming a popular member of Lebanese society, attending the social events of the country’s upper echelons.

On one such occasion in 1947, Shula Cohen overheard Lebanese officials discussing military activities against Israel. Returning home, Shula immediately recorded in detail the information in a document directed to the Haganah, then an illegal Jewish group fighting for a Jewish state in Israel. Not knowing the address of its headquarters, she sent the letter to her brother in Jerusalem, requesting that he forward it to the proper destination.

Five weeks later, an agent of the Haganah’s secret service contacted her, attempting to enlist her in its espionage unit. Mrs. Shulamit Kishak-Cohen, mother of five, agreed, and for the next fourteen years, she worked as an Israeli spy in Lebanon.

The first was to gather intelligence information about Arab military activities. To accomplish this, she became a popular member of Lebanese high society. She became so beloved by the Lebanese high government officials, so welcome in their homes, including the home of the prime minister, that they considered her family. As a matter of fact, the Lebanese prime minister considered Shula Cohen like one of his own daughters.

Shula’s second activity was to help smuggle Jewish families fleeing persecution in the Arab world, particularly from Syria. Over the years, she helped countless families find safe passage to Israel.

Shula communicated with the secret service under the code name “Pearl,” using invisible ink. Despite her careful precautions, she was caught smuggling at least once. This was in 1952, and she was pregnant at the time and close to the date of her delivery. As a result, her imprisonment was postponed, allowing her to give birth. Shula was eventually imprisoned for six days, in very harsh conditions, three weeks after giving birth.

After her imprisonment, Shula continued her clandestine activities. When loyal friends warned her that the Lebanese authorities had spread a net for her arrest, she moved to Rome for three months. Upon her return in 1961, she was immediately arrested for espionage. She was initially sentenced to death by hanging, but the sentence was reduced to 20 years of hard labor because she was a mother of seven. During the Six-Day War in 1967, Israel captured Lebanese citizens, and used them in a prisoner exchange for Shula.

This amazing heroine lived in Israel until her death at age 99. She was laid to rest in the Har HaMenuchot cemetery in Jerusalem. 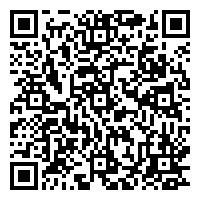