Top experts have dubbed tally Eitan “the Cyber-Queen of Israel,” and, indeed, the appellation is not an idle epithet. The dynamic mother of five is a leading power in Cyberlaw in Israel. She assists companies in setting strategy, facilitating negotiations and structuring licensing, technology transfer agreements and international joint ventures. Much of her work is with hi-tech related companies, medical devices, and communication and semiconductor corporations. Most importantly, Tally Eitan’s efforts are geared towards encouraging young aspiring American legal professionals to make aliyah by offering them a wide array of employment opportunities.


Responding to my inquiry, Attorney Eitan explains that Intellectual Property is a collective term for patterns, a major concern in the high-tech field.

Tally Eitan was only thirty-nine years old in 1992 when she established the firm that today represents large Israeli and American corporations in Europe and elsewhere in technology transfer agreements, corporate acquisitions, security transactions and other international ventures in the high-tech and low-tech fields.

“Ms. Eitan works closely with the Chief Scientist of Israel and the Israeli legislature. She has recently chaired the U.S.-Israel Science and Technology Commission’s seminar on Intellectual Property,” her assistant explains and I cannot help but listen in awe to the list of the understated dynamo’s accomplishments.

“Ms. Eitan is a lecturer at the Technion in Haifa.  She is also a frequent lecturer on Intellectual Property matters at seminars and conferences on both sides of the Atlantic,” her assistant continues. “She specializes in client-oriented seminars on developing

Who is this wonder woman? Tally Makovsky Eitan is a scion of a family that has lived in Jerusalem for eleven generations!  It was here that she received her education, graduating with a B.S. degree from the Hebrew University’s Sociology Department. It was in school that she met the young war hero, Boaz Eitan, a pilot in the Israeli Air Force who spent three years, from 1970 to 1973, as a P.O.W. in a Syrian prison. In 1976 the war hero-turned-physicist and the statistics student got married and embarked on a spectacular partnership. Boaz entered the world of high-tech and Tally, the world of law and motherhood. In four years, Tally became a licensed attorney, and the mother of her first three children: Shaul, who was followed by daughters Yael and Anat.

After spending eight years in California’s Silicone Valley, the high-powered couple returned to Israel in 1992 to apply their skills in building up Israel’s high-tech industry. By now they were the parents of five children, as daughter Rony and son Eran joined the family.

Ms. Eitan is the driving force behind the Patent School (Master Program) at Haifa University and an active supporter on behalf of Israel’s hi-tech community as well as government hi-tech related initiatives, fostering international cooperation with markets in Europe and the United States.

Calls For Boycott – And Hashgacha Removal – Against Ben & Jerry’s Grow 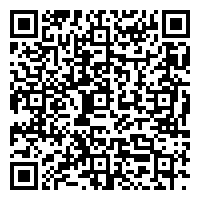