According to a Libyan Jewish legend, an enchanting young woman with long red hair and large black eyes named Boushaif was born in Egypt before the Second Commonwealth. When news of preparation for building the Holy Temple in Yerushalayim reached the Jews of Egypt, Boushaif’s father, a saintly Jewish scholar, wished that his three daughters, of whom Boushaif was the youngest, participate in the great mitzvah. So he sent the three girls off on a ship to Eretz Yisrael, with gifts of marble pitchers and bricks for the construction of the Temple.

The ship was wrecked in a savage storm off the North African coast, and all but Boushaif and a single brick survived. She wandered for days until she reached the village of Zeitan in Tripolitania where she finally settled among fellow Jews.


When the leader of the community asked for her hand in marriage, Boushaif consented with the condition that he build a synagogue, using as its cornerstone the brick intended for the Holy Temple.

After the building was completed, Boushaif was endowed with miraculous powers of prophecy and magical powers of healing; the synagogue named after her became a center of pilgrimage for all the Jews in the region.

In years to come, the Prophetess Boushaif became a legendary figure, and the Boushaif Synagogue in Zeitan, Libya, grew into a popular Jewish shrine venerated also by Muslims.

On Simchat Torah and Lag BaOmer, entire families came to celebrate on the wide expanse of lawn near the synagogue, feasting and burning innumerable oil candles. Barren women came to pray for a child; the sick and the infirm came to pray for a cure; mothers came to pray for suitable spouses for their unmarried children. They prayed and made promises of offerings, and when their wishes were fulfilled, the donations of money and jewelry enriched and further popularized the shrine.

Shortly after the establishment of the State of Israel, when the bulk of Libyan Jewry made aliyah, the Jews of Zeitan founded a settlement near Lod and called it Zeitan, from the many olive trees surrounding it. The idea to recreate their shrine in the Holy Land
gained momentum in the 1960s, and Zeitan resident Amos Dabush, a sergeant with the local police and an amateur graphic artist, made a drawing of the Boushaif Synagogue from memory. With the help of an Israeli architect and contributions from Libyan Jews in Israel, an exact replica of the sacred shrine was created on Israeli soil.

Today the Boushaif Synagogue serves once again as a rallying point for the Jews of North Africa in Israel. Twice a year they come from all parts of the land and celebrate the holidays on the lawn near the beautiful modern building. They feast and make merry and burn innumerable candles. The barren, the infirm and the hopeful pour out their hearts in prayer; the organizers collect their fees and issue receipts; the faithful recount numerous miracles performed by the beautiful Boushaif with long red hair and large black eyes.

And the legend of the ancient prophetess lives on in modern Israel. 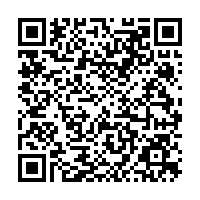