But let’s backtrack for a minute and give you a crash course in breadmakers.  Depending on the model, breadmakers come with numerous cycles and in various sizes.  Typically, the basket is sized to hold either 1.5 or two pounds of dough, although my latest model actually accommodates two and a half pounds of dough.  Almost all machines have dough cycles, which means they mix the ingredients, knead the dough, let it rest and then knead it again, but then shut off without doing any baking, which is invaluable for challah, rolls or anything else you want to shape prior to baking.  Should you be in the mood to bake a loaf of bread, your breadmaker can do that too, with most having different cycles for different types of bread as well as options for lighter or darker crust.  Another choice you will be faced with when buying a breadmaker is whether you prefer a horizontal or vertical loaf.  Machines that produce vertical loaves are typically smaller and take up less space, but the horizontal machines give you a more traditional looking loaf. Be warned that because the mixing paddles are still in the machine when the bread is baked, there will be a slice or two of bread with a weird hole in the bottom, but that is a small price to pay in exchange for a superior product.  Some of the newer horizontal machines, including mine, actually incorporate two paddles in the bottom of the pan and, even using the same recipe, the texture of the challah is far better than what I made with my previous machine.

A few words about ingredients.  It isn’t generally a good idea to use all-purpose flour in your bread machine.  A higher gluten bread flour really does give you far better results, although I confess, I do use all-purpose flour for rolls and pizza and it seems to come out just fine.  As for yeast, don’t even think about buying those little strips of three packets of yeast, because they just aren’t cost effective.  Try Costco or even some of your local kosher supermarkets for vacuum packed bags of yeast, which offer a tremendous savings.


The best part of a breadmaker?  The ability to experiment with relative ease.  We have tried both whole-wheat sun-dried tomato challah and pesto challah, and they were beyond yummy.  Looking to throw in additives like flax seed or to play with interesting ingredients like quinoa?  Go ahead and give it a whirl.

Homemade artesian bread that is both delicious and economical?  Sounds like a win-win to me! 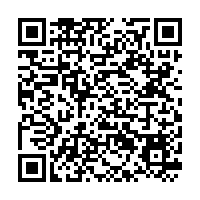