There was once a tzaddik from Poland, Reb Velveli, who decided to settle in Eretz Yisrael. The land was poor and inhabited by very few people, but he and his wife had such love for the land that they were willing to suffer privation and hunger just to be one of its citizens.

Two years after the move the people from his old city in Poland wondered how they were.  And so one day Rav Yaakov Shimshon, rav of the town of Shepetovka, decided to pay Reb Velveli and his wife a visit so that he could report back to the people of the town. Rav Yaakov Shimshon took a boat to Acco, staying the night in a small hotel before making his way with a caravan to the city of Tiverya where Reb Velveli was living.


When he reached the home of Reb Velveli he saw a number of women washing clothes behind the house. Amongst the women he recognized Reb Velveli’s wife.  He immediately understood that they must be very poor and were taking in other people’s clothing to wash. Not wishing to embarrass them he started to walk away pretending he hadn’t seen her.

She, however, had seen him and rushed after him, calling his name. She was very happy to see him and she invited him into her home.

“We support ourselves by taking in other people’s wash, but we love it here,” she explained. “We would rather suffer privation here as long as we can live in the Holy Land. We will never go back to the luxury of the Galus, our old hometown in Europe, as long as we have the zechus of being here.”

The visiting rav showed Reb Velveli a new sefer, which had just been published. It was called Mayim Kedoshim and had been written by the Gaon Rav Avraham Moshe Segal of the town of Breslov. It discussed Seder Kedoshim, about the Bais HaMikdash and korbanos.

When Reb Velveli saw the sefer he began to cry, “How can anyone write about our Holy Temple?” he said. “Every morning when I have to say the prayers, aizehu mikomam shel zivachim (where each offering was to be sacrificed), I begin to cry and shed bitter tears. I think and ask myself, where is the Bais HaMikdash now? Where and how would I now be offering the sacrifices? I begin to feel so bad that I have to skip that portion; otherwise I would not be able to stop crying and continue praying. It is hard for me to understand how this author could have the courage to write so much about this topic.”

Had Consideration For The Thief

Reb Velveli never said a bad or harsh word against his fellow man. Once while Reb Velveli was asleep, his wife woke him up and said, “I hear burglars in the house.”

She was prepared to open the window and shout for help when Reb Velveli stopped her and whispered. “Any Jewish person who has descended to such a low level that he has to steal to keep himself alive is really to be pitied. He must be starving; otherwise, he would never steal. Leave him alone.”

He waited until the thief left the house, and then he walked into the kitchen. He noticed that the thief had taken a pot of stale fish, which had been lying around for a few days.

Opening the door he rushed out after the thief and shouted, “Be careful of the fish, it’s stale. I ate some of it yesterday and I became 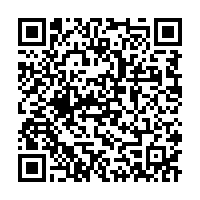