Reb Ben Zion Weberman (1896-1968) was born on the Lower East Side of New York City in 1896. His parents, Hungarian immigrants, were among those who immigrated to America during the late 19th century from Russia and Eastern Europe.

“For Reb Ben Zion Weberman, it was a defining moment in his life. Right here, on the impure soil of the new world, he had found a figure so intense, so forceful and strong, as to make him believe that it was possible. There was a hope that his children and their children as well, might grow up like Yidden had for hundreds of years in Europe, that the values and norms of the Old World might have a home here as well.

“Reb Ben Zion was an anomaly: a lawyer by training and profession, he was one of the founders of Yeshiva Torah Vodaath, yet he yearned for the shtetl. Even as he watched a generation of clean-cut American yeshiva boys take root here, in America, he wasn’t satisfied. He wanted more; more of a barrier between the boys and the American youth. He wanted them to be as different from their secular compatriots as angels are from men.

“It was his father, Reb Moshe Weberman, who discovered the saintly European rav with the angelic countenance. On a summer visit to Kantrowitz’s hotel in upstate New York, Rob Moshe first beheld Rav Chaim Avraham Dov Ber HaKohein Levine, or ‘The Malach.’ ”[i]

Ben Zion was privately tutored in both Limudei Kodesh and Limudei Chol. He entered City College after earning his high school diploma, and later studied at New York University. He earned his law degree from Fordham Law School. Fordham allowed him to make up exams that were scheduled on Yomim Tovim. His father, who was a mohel and a shochet, was opposed to higher secular education, fearing it would negatively impact on Ben Zion’s religious observance and hence was against Ben Zion attending law school. At one point he showed his objection by not talking to his son for three months.

Ben Zion was involved in communal endeavors from an early age. In 1917, while still in law school, he was involved in the establishment of Torah Vodaath. Although several yeshivas were already in existence on the Lower East Side by this time, Torah Vodaath was the first yeshiva to open in Brooklyn.

In 1920 Ben Zion married Yittel (Julia) Horowitz and moved to Brooklyn. He became involved in the fledgling Young Israel of America movement and during the 1920s served as president of the Williamsburg branch. In addition, until 1940, when he moved to the Bronx, he served on the executive committee of Yeshiva Torah Vodaath and was even director of secular studies for a short time.

After graduating from law school in 1921, he opened a law practice on the Lower East Side, specializing in family, business and immigration law. His clientele included members of the Jewish community of the Lower East Side and Williamsburg.

In 1922 Ben Zion was one of those who supported the appointment of Rabbi Shraga Feivel Mendlowitz as principal of Torah Vodaath. It was under Rabbi Mendlowitz’s guidance that the yeshiva added a Mesivta. Rabbi Mendlowitz, who was strongly influenced by the writings of Rabbi Samson Raphael Hirsch, made sure the yeshiva had a strong secular studies department.

Shortly after the Malach arrived in America in 1923 and took a position as the rav of a small shul in the Bronx, Rabbi Mendlowitz began bringing students from Torah Vodaath to visit with him. The Malach soon had a strong influence on a number of students, who began to dress in chassidic garb, grow beards and peyos, and eschew secular studies. This led to a rift between Rabbi Mendlowitz and the Malach and, in 1936, to the expulsion from the yeshiva of students who were the Malach’s followers.

The expulsion of his children from the yeshiva which he had helped found was both a painful personal and social blow for Ben Zion. His and his sons’ strong connection to the Malach led to Ben Zion’s neighbors shunning him. Close relatives even encouraged his wife to divorce him and urged his daughter to leave her father’s home. His clients deserted him, resulting in his legal practice floundering. There were even reports of death threats. For a time, Ben Zion thought of taking up another occupation, or moving to Palestine, but the Malach dissuaded him from doing so.

Ben Zion held the Malach in high regard and the feeling was reciprocated. “I never met a man whose views are closer to mine,” the Malach is reported to have said. Ben Zion was, moreover, one of the few people trusted by the Malach to witness marriage contracts.

Despite his close ties to the Malach, Ben Zion continued to follow the traditions of his father. He did not wear a long kapota, nor did he have peyos and a full beard. Instead, he dressed in a short double-breasted jacket, wore a derby hat, and had a small goatee.

As a result of his association with the Malach, Ben Zion Weberman became a kanoi and did not hesitate to criticize any person or organization he felt was wrong. He was often at odds with the Orthodox Jewish community of New York. For example, in 1925, despite the fact that he was president of the Williamsburg branch of Young Israel, he left the organization because it refused to abandon mixed dancing. Even though he had helped found the Bais Yaakov School for girls in Williamsburg, he left this organization because it taught girls Chumash and Tanach and commentaries from sefarim.

The Malach was virulently anti-Zionistic, as were his followers. Ben Zion’s fiercest rhetoric was reserved for Zionism, and, because of his objections to Zionism, he never visited Israel.

He was opposed to all secular studies save for reading, writing, and arithmetic, which he considered necessary and hence unobjectionable. When he was questioned about his own secular education, he would respond, “I’m like Yisro. Yisro says “Now I know. . .” The Talmud explains, “He tried out all the idol worship in the world and now he knows what’s right.”

Ben Zion Weberman spent his entire life flouting popular conventions and presumptions. He was a man of power and charisma, an uncompromising Torah observer, a visionary, and an individualist. His strong, unconventional (for the time) views and criticisms rankled the Orthodox Jewish community. In a real sense Ben Zion Weberman was ahead of his time in that many of his ideas became widely accepted amongst segments of the Jewish community with the arrival and growth after World War II of Orthodox groups such as Satmar that essentially share his Weltanschauung. 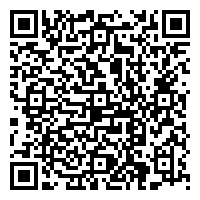