Unless otherwise indicated all quotes are from “Life, Letters, and Addresses of Aaron Friedenwald, M.D.” by his son Harry Friedenwald, M. D. This book was printed for private circulation by The Lord Baltimore Press in 1906 and can be downloaded at no charge from books.google.com.

Last month we traced the early life of Dr. Aaron Friedenwald. Dr. Friedenwald was born in Baltimore in 1836, educated in the Jewish day school founded by Rabbi Abraham Rice, and worked for six years as a bookkeeper before entering the University of Maryland to study medicine at age 21. Upon graduation he spent two and half years in Europe studying ophthalmology.

Dr. Friedenwald returned to Baltimore in July 1862. He hoped to open a practice that specialized in ophthalmology, but this was not a financially viable option at the time. The best he could do was open an office in his parents’ home and become a general practitioner. However, he maintained his interest in ophthalmology and over the years his practice focused more and more on treating patients with eye problems.

Dr. Friedenwald became an active member of a number of medical societies, taking a prominent role in their proceedings and presenting scholarly papers at their meetings.

In the fall of 1873, on the occasion of reorganization, he became the first professor of diseases of the eye and ear in the College of Physicians and Surgeons of Baltimore, which had been established in 1872. He held the professorship for twenty-nine sessions. Besides filling the chair of ophthalmology, he took a leading part in administering the affairs of the college, being for more than ten years treasurer of the Maryland Maternite, which the faculty had established, and for eighteen years, from 1884 until his death, treasurer of the college itself.

In connection with the professorship he was ophthalmic and aural surgeon at the Baltimore City Hospital and the other hospitals connected with the college. He held a similar position at the Nursery and Child’s Hospital and at the Hebrew Hospital.

Dr. Friedenwald grew up at a time when many Jews were abandoning Orthodoxy. Reform was on the ascent, and many Orthodox shuls became Reform temples. Therefore, it is important to note that throughout his life Dr. Friedenwald remained true to his Orthodox upbringing.

[He] was brought up in accordance with the traditions of Orthodox Judaism, and he remained a consistent observer of the ceremonial as well as of the spiritual side of his religion. He was a regular attendant at the services of the synagogue, and took a deep interest in the welfare of the congregations with which he was connected. He was one of the founders and an officer of the Shearith Israel congregation, and later joined the Chizuk Emoonah congregation, which his father had been chiefly instrumental in organizing, and in 1892, at the earnest desire of his father, succeeded him as president. He filled this position until his death, and it was during his incumbency that the congregation removed from the synagogue on Lloyd Street to its present edifice at the corner of McCulloh and Mosher Streets.

Dr. Friedenwald had an extensive library of Jewish books. He wrote a strong defense of shechitah in which he maintained that the Jewish method of slaughter had a humanitarian influence on the Jewish people.

He was requested to write for the Jewish Encyclopedia the article upon the medical aspect of circumcision, and delivered at Gratz College, in Philadelphia, on January 20, 1896, a lecture entitled “Jewish Physicians and the Contributions of the Jews to the Science of Medicine, which was printed in the first number of the Publications of the College. 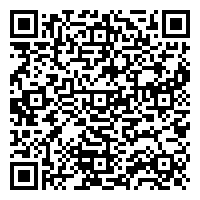