Last month’s column dealt with Jewish education from 1786 to 1879. This month we deal with the years 1880 to 1916, a period during which several pioneer yeshivas were founded.

The years 1881-1923 constitute one of the most fascinating eras in American history in general, and in the American Jewish experience in particular. It was an era during which approximately twenty-five million immigrants, primarily from Eastern and Southern Europe, arrived in this country. Of the many groups that came, Jews were second only to Italians in number.

In 1880 the Jewish population in the United States was approximately 250,000, most of whom were immigrants or descendants of immigrants from Central Europe. Before 1869, very few Jewish immigrants arrived from Russia, but between 1869 and 1880 an estimated 30,000 came to the United States. The major stimuli for the increased emigration from Russia at that time were the cholera that plagued the northwest part of that country in 1868 and the famine in the same area a year later.

In March 1881 Czar Alexander II was assassinated, an event that sparked anti-Jewish riots and massacres in scores of Jewish communities. Laws that restricted the lives of Jews were passed. The combination of economic, political, and physical persecution generated a massive move of Jews out of Eastern Europe; the overwhelming majority of them came to the United States.

“Immigration (at the end of the nineteenth century) brought talmudically trained Jews to the United States. These were dissatisfied with the Jewish education they found in America, especially with the total absence of provision for the study of Talmud. They opened Talmudical Yeshivoth.”[i]

“The founding of yeshivot in this country seemed inevitable with the arrival of immigrants fired with spirit of traditional Jewish learning. The first yeshivot – Yeshibath Etz Chaim (1886), the Yeshibath Rabbi Yitzchak Elchanan (1897), and those established in the first decade of the twentieth century – were schools of learning patterned after the parent institution in Eastern Europe.

“In addition, however, the first yeshiva in America was organized as a dual program school. According to the Constitution of the Society of the Machzike Jeshibath Etz Chaim, ‘The purpose of this Academy shall be to give free instruction to poor Hebrew children in the Hebrew language and the Jewish religion – Talmud, Bible and Shulhan Aruk – during the whole day from nine in the morning until four in the afternoon.

“Also from four in the afternoon, two hours shall be devoted to teach the native language, English, and one hour to teach Hebrew – Loshon Hakodesh – and Jargon (Yiddish) to read and write. The Academy shall be guided according to the strict Orthodox and Talmudic Law and the custom of Poland and Russia.

“The general studies, which included grammar, arithmetic, reading and spelling, were incorporated into the curriculum because of the apprehension of the older generation regarding the atmosphere and influence of the public school on religious youths. The addition of secular subjects was little more than a concession to the demands of the day. Nevertheless, the new educational formula was to pave the way for the integration of the two streams of cultural values that the immigrant Jews in America were being called upon to preserve.”[ii]

The yeshiva was able to give both quality limudei kodesh and a secular education. By the age of 12 most boys had progressed from beginner’s Chumash to the study of Gemara with Rashi and Tosafos. Also, the scope of the secular studies curriculum widened over the years to the extent that many in the highest classes were able to pass the tests given for admission to City College.

The Jewish Communal Register, a publication of the kehillah of New York City, noted in 1918:

Yeshibath Etz Chaim (The Rabbinical College of America). In the same year that the Seminary was organized there was incorporated in this city the first American Yeshibah, under the name of Yeshibath Etz Chaim. On the one hand, it differed from the usual American Talmud Torah in that it laid greater stress on the study of the Talmud, and also in the fact that it offered secular studies together with the Jewish curriculum. On the other hand, it differed from its European prototype in that its pupils were young boys rather than advanced students, the school being an intermediate Talmud Cheder rather than a Talmudical academy. But the year 1897 saw the origin of the first higher American Yeshibath, the Yeshibath Yitzchak Elchannan, or the Rabbi Isaac Elchannan Theological Seminary. It arose as the result of the desire on the part of a number of immigrant young men to continue their Talmudic studies in this country. After a separate existence for almost twenty years, these two Yeshibaths combined in 1915 into the Rabbinical College of America, with Dr. Bernard Revel as its president.

The Rabbinical College, situated at 9-11 Montgomery Street, is a Jewish parochial school, with elementary, high school and collegiate courses. In its elementary and high schools, both Jewish and secular studies are taught. In its more advanced grades, only Jewish studies are offered, the students being given the opportunity to attend at the same time one of the colleges of the city. It has a total enrollment of 170 pupils, of whom 90 are in the elementary grades, 40 in the high school, and 50 are pursuing more advanced studies for the rabbinate.

Three additional yeshivas were founded during the first decade of the twentieth century in New York City – the Rabbi Jacob Joseph Yeshiva (about 1902), Yeshiva Rabbi Chaim Berlin (1906), and the Talmudical Institute of Harlem (1908). In 1916 The Jewish Communal Register reported:

The secular curriculum in these schools, consisting of 4,800 hours of instruction, provides for fewer hours than does the minimum public school curriculum of New York, which calls for 7,190 hours for the seven-year course. But this difference is chiefly due to the fact that the parochial schools do not teach certain of the subjects, such as elementary science, manual training, music, etc. In the fundamentals (English, mathematics, geography, penmanship, etc.), the parochial school provides for practically as many hours as does the minimum public school curriculum.

Lack of Support for Early Yeshivas

Unfortunately, many in the Jewish community of New York did not enroll their sons in the four yeshivas mentioned above. There were probably three reasons many early Jewish immigrants were reluctant to accept the day school idea:

(1) The recent immigrants faced serious problems of adjustment to America, and, in view of their compact Jewish environment which was reinforced by their traditional home life and by the synagogue, they did not consider Jewish education a serious problem.

(2) Although the majority of the Eastern European immigrants had strong religious orientation they preferred public schooling for their children. Thus the Russian Jew who for years had been excluded from the educational instructions of his native land found himself free to send his child to public school – an opportunity that he eagerly seized and widely used.

(3) The early immigrant was so overwhelmed by economic difficulties that he could not entertain the thought of financing an all-day school system of education.

When these conditions no longer prevailed for the majority of Jews in the United States, the Jewish day school movement began to demonstrate remarkable growth.[iv] 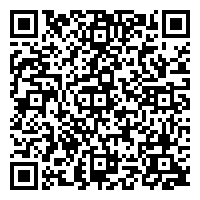