Joseph R. Brandon was born on Brandon Island, Barbados, on January 8, 1828. “He had been educated in London and had traveled extensively in Europe. He entered the shipping and importing business as a young man and had business and residential property in London, Paris and New York. In 1855 he came to San Francisco in order to open up a branch of his New York establishment. In the California metropolis, he was attracted to the practice of law and studied it at the law office of Joseph Simpson, an early Sephardic, American-born attorney, whose office was at 133 Clay Street. Brandon was soon admitted to the bar and became an authority on land titles.”

He was described by a local newspaper as a man of “high character and superior attainments,” and “it was also noted that he never appeared in court on the Jewish Sabbath or Holy Days. Brandon was part of a symposium which dealt with the issue of ‘What Can the Synagogue Do To Attract Men To Its Services,’ which appeared in the Rosh Hashanah 1905 issue of the San Francisco Jewish Press.”

Brandon was committed to making sure the doctrine of the separation of church and state was adhered to in California, and he utilized both the courts and the press in his efforts. He was an effective polemicist. “In 1861 he opposed the Sunday closing law of California, attacking its constitutionality. In the 1870s, having read the McGuffey Readers, he took exception to the Christian orientation he found in them, noting that their use in the public schools was insensitive to the students not of that persuasion.”

“Brandon was also on record against the recitation of the Lord’s Prayer of the New Testament as a public school rite. In 1877 he spoke out against the exclusion of Jews from the Grand Union Hotel in Saratoga, New York. He was sensitive and outspoken about any public action which contributed to Jewish disabilities in the marketplace, schools, public accommodations and anywhere else that they might occur.”

When in 1875 John Hemphill “urged that the Lord’s Prayer be recited in the classroom, Brandon wrote a twenty-page pamphlet opposing his stand. He began by noting that in two published sermons John Hemphill, pastor of the Calvary Presbyterian Church of San Francisco, had spoken on the inclusion of the Lord’s Prayer in the curriculum in a manner ‘so illogical, so intemperate, so full of a spirit calculated to awaken religious dissension, that they seemed to call for some reply.’

“Brandon charged the minister with purposely misquoting the Scriptures. Correctly, Hemphill had observed that the Book of Deuteronomy said of the words which God had commanded, ‘Thou shalt teach them diligently unto thy children.’ However, the clergyman had omitted the words ‘when thou sittest in thy house.’ Brandon indicated that the omission was because Hemphill wanted them taught in the schoolhouse and not at home and therefore ‘he designedly and artfully’ omitted them from his version of the Scriptures. Analyzing the text, which he knew as well in Hebrew as he did in English, Brandon pointed out that it enjoined the parent to teach children in their own house and that the parents ‘should be the agent of the soul’s development, as well as the author of its bodily form.’ ”

Brandon made it clear that Hemphill’s goal was to “save the Jews” by converting them to Christianity. Hemphill had said that Protestants must tell the Jews the “story of the cross” and teach them the “true gospel of the peace of God, with loving earnestness.” 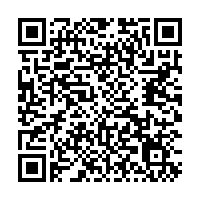