“There is little that can be said of the fine arts in the culture of the New York Jewish community in the very earliest times. Observant Jews forswore the fine arts because of the religious precept forbidding the making of images. Creative artists had, of course, existed among the Jews; but these men directed their gifts mainly toward the creation of beautiful ceremonial objects or illuminated Haggadahs. It is, therefore, easy to understand why, with one exception, the early Jewish community of New York produced no artists.

“The one Jewish artist was Myer Myers, who lived in New York in the eighteenth century. In keeping with tradition, Myers, who was a silversmith, wrought ceremonial objects in metal; he made Hanukkah lamps and other ritual objects for Shearith Israel in New York and for Yeshuat Israel in Newport. Several of his creations are still in existence; they carry his mark, MM or Myers. He was the first artist not only among the Jews of New York but of the United States.”[i]

“Myer Myers was born in New York in 1723, one hundred years after the formal establishment of New Netherland as a province. His parents, Solomon and Judith (who was born in 1696) had come from Holland. Although the Dutch period officially ended in 1664, when New Amsterdam became New York under the British, the new world continued to attract Dutch settlers. The year of the Myers’s emigration is not known. Solomon Myers, “shopkeeper,” is enumerated among the freemen of New York for 1723-1724, following a special act passed in 1723 by the colonial legislature which naturalized Solomon Myers and other Jews.

“Such a special act, which was the usual method by which an alien Jew was granted ‘freedom of the city,’ carried with it the right to exercise and engage in a handicraft, retail trade, or other occupation.

“The Myerses had three sons and four daughters. Myer, named after his paternal grandfather; Asher, who became a well-known brazier; Joseph; Sarah; Slowey; Rebecca and Rachel. Solomon was a shopkeeper who supplemented his income by working in minor capacities for Congregation Shearith Israel, known even today as the Spanish and Portuguese Synagogue of New York City.”

Solomon Myers died in 1740 at the age of forty, leaving Judith with the responsibility of raising seven young children, the oldest of whom, Myer, was just seventeen. Congregation Shearith Israel agreed to pay an annual stipend to Mrs. Myers to help with family expenses.

Shearith Israel opened a school for the children of it members in 1731. Hebrew, Dutch, English, and Spanish were the subjects taught. “Although definite proof is lacking, it is logical to assume, because of the family’s close affiliation with Shearith Israel, that the boy, Myer, received his education there.”[ii]

“Myers registered in 1746 as a Freeman, which in New York City conferred the right to vote, hold public office, and engage in retail trade; his registered profession was ‘goldsmith.’ No extant records identify the craftsman to whom Myers was apprenticed, but the range of forms and style of Myers’s early work suggests his master was the Huguenot Charles Le Roux (1689–1745). The heir to a large, productive workshop established by his father, Le Roux is known to have trained a number of apprentices.”[iii]

Earning a good living was clearly a necessity given the size of his family, and “a fortuitous combination of circumstances in the mid-1750s spurred the growth of Myers’s business in the decade that followed.

“The Seven Years’ War (1756–1763), known in the Colonies as the French and Indian War, economically benefited New York, and by extension its craftsmen, with the sudden influx of money and munitions from Great Britain. The city’s population also grew, surpassing Boston as the second-largest city in America after Philadelphia, providing an increased client base. And finally, additional financial resources came from the partnership Myers formed, around 1756, with Benjamin Halsted (1734–1817). As Myers was the only Jewish silversmith working in New York during this period he had no traditional kinship base on which to rely, hence this union represents the first formal partnership between two unrelated New York silversmiths.

“In the years between 1753 and 1765, Myers’s workshop’s production increased considerably in quantity and quality. His finest work was now in the English rococo style, featuring sculptural embellishments of shells, foliage, and asymmetrical scrolls. The taste for such rich ornament was more typical of New York than, for example, Boston, where Myers’s contemporaries, including Jacob Hurd (1703–1758), Benjamin Burt (1729–1805), and Paul Revere, Jr. (1735–1818), worked primarily in a more restrained style. Unlike his Boston counterparts, Myers also produced many more exceptional forms derived from English models, such as candle snuffers and matching trays.

“The mid-1760s marked changes in the direction of Myers’s personal life and business affairs. In 1764, he extended his financial reach beyond the silversmith trade when he and two partners invested in a lead mine in northwestern Connecticut. Halsted and Myers appear to have ended their business partnership in 1766.

“The style and production of Myers’s workshop shifted in the years between 1765 and the Revolutionary War. His business appears to have increased significantly, as over one-third of the surviving objects can be ascribed to this eleven-year span. A survey of these objects indicates an increase in less expensive forms, more likely made for ready retail sales rather than for custom orders. Some of this work, such as a chased sugar dish, involved skilled labor, but nevertheless seems to have been made in quantities equal to that of the plain alternatives. The increased production of both standard and ornamented wares may have been a response to the succession of boycotts and nonimportation agreements relating to English goods. Such restrictions greatly reduced the quantities of silver imported to the Colonies after 1768, thereby increasing business for local craftsmen.

“Myers continued to make exceptional labor-intensive objects during this period, and indeed the objects for which he is perhaps best known today—the pierced-work Torah finials and dish ring—date to this era. These forms are without parallel in the work of other Colonial American silversmiths. While his silver from this period was technically masterful, Myers’s interpretation of the rococo changed from the sculptural ornament of the 1750s to simpler forms with two-dimensional ornament. The emphasis on more delicate effects and abstract patterns was most splendidly realized in the flat-chased and pierced objects produced at this time.

“The British invasion of New York during the summer and fall of 1776 interrupted Myers’s career. Together with many fellow Jews, Myers and his family fled to Connecticut. They first settled in Norwalk, and after the town was burned during a British raid in July 1779, Myers and his family moved farther east on the shoreline to Stratford. In Connecticut, Myers continued to work as a silversmith; extant objects with local histories include a tankard and several spoons.

“The British army ended its occupation of New York City on November 23, 1783; Myers and his family returned shortly thereafter. Myers experienced considerable difficulty, however, in reconstructing his career, in part because his workshop had been closed, his network of specialist craftsmen had scattered, and he was 60 years old. Fewer patrons, many of whom suffered from the postwar depression and widespread shortages of money, may have further hampered attempts to rekindle his business.”[v]

The name Myer Myers appears repeatedly in Congregation Shearith Israel’s records. His congregational service ranged from minor offices to that of president in 1759 and 1770. He was also an incorporator of the congregation on its reorganization after the Revolution. 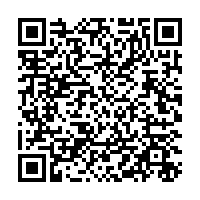