The name Aryeh Leib Malin is probably unfamiliar to many save for those acquainted with Yeshiva Bais Hatalmud and the Mir Yeshiva. However, Rabbi Malin played a key role in the escape of the Mir Yeshiva from Europe.

“Rabbi Malin was born in Mileitzitz near Białystok. His father, Rabbi Avraham Moshe, served as a Dayan (rabbinical court judge) in Mileitzitz.

“In his early years, Malin learned in Grodno under Rabbi Shimon Shkop. Later he learned under Rabbis Elchonon Wasserman and Baruch Ber Lebowitz.

“As an older student, he learned in the Mir yeshiva, where he gained a reputation as a prototype-follower of lomdus (in-depth study) and a model of mussar. In mussar, Malin was a student of Rabbi Yeruchom Levovitz, and he edited the second volume of Rabbi Levovitz’s book Daas Chochma U’Mussar. Rabbi Yechiel Michel Feinstein, a son-in-law of Rabbi Yitzchok Zev Soloveitchik, the Brisker Rav, said of Malin that he had an ability to totally immerse himself into whatever Talmudical tractate was being learned in Mir.

“During this period, Rabbi Malin became especially close to the Brisker Rav, who took a special liking to him. Malin was able to record many of the Brisker Rav’s lectures, which were later published in stencil form. He also was given special access to manuscripts of Rabbi Chaim Brisker. Rabbi Berel Povarsky of Ponevezh yeshiva – who edited and published Malin’s writings, Chidushei Reb Aryeh Leib – branded his uncle’s Torah as “Brisker Torah,” meaning that it continues the tradition of Brisk.

“In Mir, Malin was part of an elite group of students who served as models of proper behavior and learning…. In 1941, in the midst of World War II, Malin declined an invitation to immigrate to America, extended to him by Rabbi Avraham Kalmanowitz. Instead, he followed the Mir Yeshiva into exile in Shanghai during the war years.”[i]

Many students from a variety of yeshivas came to Vilna after the Nazi invasion of Poland in 1939. Vilna was then under the control of the Russians, and every person who wanted to leave had to present himself to the NKVD (the Soviet Secret Service) in Vilna or Kovno for a formal investigation before receiving his exit visa. Dozens were rejected and held back in Lithuania. There was also the fear that as the yeshiva students crossed Russia, the trains they were on would be stopped and the yeshiva students would be sent to Siberia by the Russians. Thus, there were those who were opposed to any attempt to leave Vilna. Those opposed included most of the hanhalla of the various yeshivas then in Vilna.

Rabbi Malin played an instrumental part in the logistics of moving the yeshiva first to Kobe, Japan, and then to Shanghai, where the yeshiva remained until the end of the war.

“After the war, Malin moved to America. Immediately upon his immigration to America, he rejected proposals from Rabbi Moshe Feinstein to become rosh yeshiva of Mesivtha Tifereth Jerusalem, and Rabbi Avraham Kalmanowitz to become the rosh yeshiva of the newly established Brooklyn branch of the Mir yeshiva. Instead, after his 1948 marriage to Yaffa Kreiser, daughter of Rabbi David Dov Kreiser, av beis din of Greive and a maggid shiur in Kletsk, Malin opted to create a yeshiva and kollel modeled on the Mir of prewar Europe. He created Beth Hatalmud Rabbinical College in Brooklyn, which he regarded as a continuation of Volozhin yeshiva, Slabodka yeshiva, and Mir yeshiva.

“As rosh yeshiva of Beis Hatalmud, Rabbi Malin upheld standards of Torah and mussar that were instructive in themselves. One time, he announced that he would deliver a lecture on a certain sugya and then, on the day of the scheduled lecture, he cancelled it. He explained that he had been unable to see the proper desire on the part of the students to hear the lecture.

“Despite being busy with the yeshiva’s affairs, Malin would spend hours immersed in Torah study. About nine months before his death, he was injured by a stone thrown at him by a hooligan. On the last day of his life, he was seen in the women’s section of the study hall, standing with his hands outstretched, deeply immersed in prayer. A student who saw him, who later became a prominent doctor, concluded that Rabbi Malin was then suffering a heart attack. Later, Rabbi Malin collapsed after arriving late to a meeting in the house of Rabbi Shabsai Frankel (who famously reprinted the works of Maimonides). He was 56 years old.”[ii]

After World War II, some of the Mir students who were in Shanghai came to America. They found themselves living in a country were the level of Jewish observance was often very low.

“This was not a shock to the Mirrer talmidei chachamim, who knew the scourge of this European ‘Enlightenment’-inspired progressive Judaism that sought to clothe non-Jewish ideologies in more-or-less Jewish garb. By contrast, the Mirrer talmidim held fast to the Tree of Life that was Torah through thick and thin.

“Yet they thought they had found other grounds to be shocked and concerned: In this environment of hefkeirus (in the spirit of ‘anything goes’), the Mirrers found that even the small Torah-true Jewish community was drinking chalav akum (milk not supervised by a Jew at the time of milking), something that in Europe would have been totally unacceptable. They made inquiries regarding the situation and they were told, ‘Our rabbi, R’ Moshe Feinstein, says this is permitted in America today.’

“The Mirrer scholars had not yet heard of the chashuve R’ Moshe Feinstein, and the renowned Mashgiach, R’ Yechezkel (Chatzkel) Levenstein, delegated…R’ Leib Malin to look into the matter. He phoned R’ Moshe, who was at a bungalow colony, and a heated debate ensued, as R’ Leib would not accede to R’ Moshe’s point of view.

“Finally, R’ Moshe asked him, ‘Have you heard of R’ Yisrael Zeev Gustman, the dayan of Vilna?’ ‘Yes, of course I have!’ answered R’ Leib, ‘we were chavrusas in Grodno before I went to the Mir.”

“And he added the usual adjunct of European Jews in 5706 when speaking of a Jewish person they had known before the war: ‘Is he still alive?’ ‘He is indeed alive,’ replied R’ Moshe, ‘and he is right here in the bungalow colony. Do you trust his opinion?’

“ ‘Certainly,’ replied R’ Leib, knowing that R’ Gustman was also an admirer of R’ Chatzkel. ‘Well, I have discussed this issue with him over the past few weeks, and R’ Gustman agrees that the milk is kosher.’ R’ Moshe called R’ Gustman over to speak with R’ Leib by phone, and the great dayan explained R’ Moshe’s position: Under the prevailing conditions in the United States and since the milking met strict U.S. regulations, the milk was permitted despite not having Jewish supervision or milking. R’ Leib accepted the ruling, and the matter was settled.”[iii] 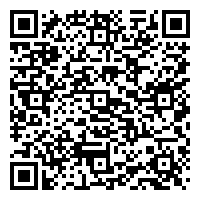