Recently the quality of secular education in chassidic yeshivas has become a topic of discussion and contention. Some claim the quality of such instruction is, at best, poor and does not meet New York State law standards. Others despite this claim, pointing to the financial success of some of these yeshivas’ graduates.

Historically speaking, secular education has been an integral part of Jewish education in the United States. As I noted in an article piublished in The Jewish Press 10 years ago, Jewish education began in America with the school run by “the Portuguese Jewish congregation, Shearith Israel. The school soon became a parochial school in which both secular and religious subjects were taught. In 1755, the Hazan was instructed to teach ‘the Hebrew, Spanish, English, writting & Arithmetick.’ ”

In 1840, Rabbi Abraham Rice became the first ordained Orthodox rabbi to settle in America. He became the rabbi of Congregation Nidchei Yisroel in Baltimore and, not long after, started a parochial school that taught both Hebrew and secular subjects.

When Yeshiva Rabbi Jacob Joseph was founded in New York in 1902, it was the first elementary parochial school to teach basic Jewish studies as well as Talmud. In addition to providing a first rate religious education, the yeshiva also sought to provide its students with an excellent secular education at least equivalent to that offered by the public schools of the time. To accomplish this task, the school provided instruction in secular subjects in the afternoon from Sunday to Thursday.

Yeshiva Rabbi Jacob Joseph became the model on which other American yeshivas – such as Chaim Berlin and Torah Vodaath – based their curricula. Studying secular subjects was the norm. But after World War II, many Holocaust survivors and chassidim arrived on these shores, and some of them did not appreciate the need for intensive secular education or, for that matter, any secular education at all.

New York State law, though, requires all elementary school students to receive a secular education. A landmark 1950 court case made this point clear.

The Matter of Weberman

In last month’s column about the life of attorney Ben Zion (Benjamin) Weberman, I pointed out that Ben Zion as well as his sons, Meir and Yehudah, became followers of the Malach, who was a driving force of right-wing Orthodoxy in the 1920s and 1930s. Sometime in the 1940s Meir (Myron) Weberman married Rose Auster. The couple had a son, William M. Weberman, and a daughter, Barbara, before they divorced in 1947. In 1950, Rose went to court, demanding custody of her son based on the following grounds, as noted by the court:

The court noted that, during the course of the trial, 316 pages of testimony were taken from nine witnesses, including two rabbis and two officials of the city’s Board of Education. It also noted that New York law on mandatory educational clearly requires that “each minor from seven to sixteen years of age shall attend upon full time day instruction” (Education Law, art. 65, § 3205, subd. 1). This instruction must include “at least the eleven common school branches of arithmetic, reading, spelling, writing, the English language, geography, United States history, civics, hygiene, physical training and the history of New York State” (Education Law, art. 65, § 3204, subd. 3).

The boy’s father acknowledged that his son wasn’t receiving “systematic education in reading, spelling, writing, the English language, geography, United States history, civics, hygiene, physical training and the history of the State of New York,” but argued that the yeshiva his son attended “does not come within the purview of the State Education Law or the regulations of the board of education of the city of New York; that the court has not the right to require the boy to receive systematic secular education as that is forbidden by the laws of the Jewish Orthodox religion.” He even invoked the Constitution’s freedom of religion clause.

But the court didn’t buy his arguments: “As to this constitutional question raised by the respondent father, the court feels that the great weight of authority is to the effect that the State has the power to legislate for the common good.”

The court went on to say that it is “the plain duty of this court to enforce the provisions of the State Education Law. This law was enacted to protect and to strengthen the youth of our State, to insure the adequate preparation of our children for useful and productive lives, and to set up standards of education which the Legislature, in its wisdom, determined to be the minimum for each minor from seven to sixteen years of age.”

The judge argued that it wasn’t his duty

The judge wrote that if “in its wisdom, a Rabbinical committee were to decide that systematic secular education is forbidden by Orthodox Jewish law, then a presentation of such findings could be made to the State Legislature, which, in turn, would undoubtedly give the matter serious consideration in all its aspects.” In the meantime, though, “[t]his court…must interpret and enforce the law as it finds the law to be.”

He concluded that the boy, William Mordecai Weberman, must therefore “be sent to a school where he will have the education in the subjects required by the State Education Law.” He further ruled that “that if the respondent father wishes to retain custody of his son he must comply with the State Education Law and provide for the boy the systematic secular education in the eleven basic subjects required by said law.”

Even though many decades have passed, it seems to me that this decision makes it clear that New York State law requires all yeshivas to provide a proper secular education to all their students. 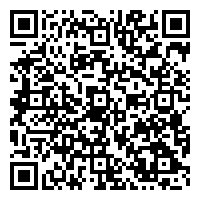