“The Revolutionary period brought in its train a complete change in the organization of Jewish education. Thereafter, Hebrew training was, for the most part, no longer the main subject of instruction; gradually it was reduced to secondary importance. The child’s time was taken up with reading, writing, and arithmetic. Later, English grammar, penmanship, and spelling were added. By 1860 the curriculum also included geography, history, natural philosophy (science), conversation on common things, and a host of other subjects.”[i]

Many day schools, established under various congregational and private auspices, existed between 1786 and 1879. However, most of these schools lasted for only a few years. New York’s Congregation Shearith Israel, known as the Spanish Portuguese synagogue, “conducted an all-day school from 1808 to 1821, with some interruptions. In 1842, the Rev. Samuel M. Isaacs, minister of the B’nai Jeshurun Congregation, converted its afternoon school into an all-day school called the New York Talmud Torah and Hebrew Institute. In 1843, eighty boys were enrolled in this school. Although it achieved relatively good results, the New York Talmud Torah and Hebrew Institute was forced to close its doors after five years of operation.

“Congregation Anshe Chesed sponsored an all-day school for twelve years, from 1845 to 1857. In 1847, under the guidance of its rabbi, Max Lilienthal, who also served as spiritual leader of two other German synagogues, the Anshe Chesed School merged with the schools of the other two German congregations to form the Union School. This combined day school thus became the largest Jewish school of the nineteenth century, with a registration of two hundred and fifty pupils. However, it was not destined to become an important educational institution. The Union School was closed after only one year of operation when the union of the three synagogues was dissolved in 1848.

“Other congregations established day schools during this period. In 1853 Congregation B’nai Jeshurun of New York established the B’nai Jeshurun Educational Institute which had an enrollment of 177 pupils by 1854. However, by November 1855, it closed because of the rapidly growing trend towards the public school. The Shaarey Zedek Hebrew National School, founded by Congregation Shaarey Zedek of New York in 1853, met with a similar fate in 1856.

“The growth of the Jewish day school in the early and mid 1800s was due, in large measure, to the attitude of Jews towards public education. The newly arrived immigrants as well as some of the native American Jews refused to send their children to secular schools permeated with Christian influences. The ‘monitorial system’ employed in the public school was unsatisfactory to many Jews. Under this system scores of children were instructed by one teacher assisted by ‘monitors,’ generally older pupils, whose knowledge and teaching ability, by the sheer limitation of their age and experience, was far from satisfactory. Most Jewish leaders, among them Reverends Isaac Leeser, Max Lilienthal, Robert Lyon, J. J. Lyons, and Dr. Morris Raphall, strongly advocated the founding and support of day schools as the only solution for the necessary dual training of Jewish children.

“The height of day school growth in the nineteenth century in New York was reached in 1854 when 857 pupils were taught by thirty-five teachers in seven Jewish schools. Dr. Hyman Grinstein, a recognized authority in American Jewish history, estimates that the peak enrollment might have been in 1855 when the total number of students in both the congregational and private schools reached over 1,000, with 800 in the congregational schools.”

“Besides the schools in New York, Jewish day schools existed for short periods of time in the mid-nineteenth century in a number of other cities.

“In Philadelphia the Hebrew Education Society organized an elementary day school in 1851. The high scholastic level of this school was recognized by a special act of the state legislature which ruled that its graduates were to be admitted to the local high school without having to take the customary entrance examinations. The Hebrew Education Society School continued as an all-day school for nearly thirty years.

“Also in 1851, a school providing a dual religious and secular program was founded in Baltimore. This school was discontinued after a number of years.

“The Orthodox Kehillath Ansche Maariv Congregation of Chicago established a day school in 1853. Organized by German Jews, it was patterned after the parochial-type school in Germany where attention was given to the common branches of learning with supplementary instruction in Jewish religion, Hebrew prayers and Bible reading in the German translation. In the Kehillath Ansche Maariv school ‘ten hours of weekly instruction were given to German and grammar, eight hours weekly to English; prayers and readings from the Pentateuch were given five hours weekly, and catechism in the Jewish religion and history were discussed two hours weekly. Arithmetic, geometry, drawing, singing and geography were also taught.”[ii]

Day schools similar to Kehillath Ansche Maariv Congregation of Chicago were established in Boston, Albany, and Cincinnati in 1854. However, by 1870 these schools were no longer functioning.

It should be clear from the above that the quality of Jewish education received by students who attended these schools left much to be desired. Most of the parents were not concerned by this, since they themselves had minimal Jewish education and were satisfied with even less than that minimum for their children.

“Of the various day schools that were founded in the United States prior to the immigration of Jewish masses from Eastern Europe, the New York Talmud Torah and Hebrew Institute, organized by Samuel M. Isaacs, most closely approximated the modern yeshivah. Generally, in the day schools during this period, only one teacher was employed to instruct all subject matter, both Hebrew and secular. He was usually the hazzan (sexton, cantor or reader) of the congregation. The hazzan was a layman with no special training, neither for his position of leader of services, nor for his work as a pedagog.

“In contrast to this hazzan-teacher arrangement, the pupils in the New York Talmud Torah and Hebrew Institute were instructed by two professional pedagogs, a secular studies teacher and a Hebrew teacher. Rev. Isaacs, who was initially engaged to serve both as hazzan and minister (he also preached) of Bnai Jeshurun, because of his Jewish knowledge, acted as head of the school, but did not teach.

“The Jewish academic achievement in the New York Talmud Torah and Hebrew Institute surpassed that of the other day schools. Grinstein underscores this fact. ‘At an examination in this year (1843), the highest class proved that it could translate nearly all of Genesis. In 1845, this class could translate most of the Pentateuch, and two of its members were able to read and translate Rashi (major commentary of the Bible), an accomplishment that was almost unheard of in the city at that time.’”[iii]

In March 1846 Reverend Isaacs attempted to convert his school into one sponsored by the community. However, communal support was not forthcoming, and in 1847 the school was forced to close due to insufficient financial support.

None of the day schools established in America between 1786 and 1879 was still functioning in 1880. The level of Jewish education in late nineteenth-century America was clearly at a low point. 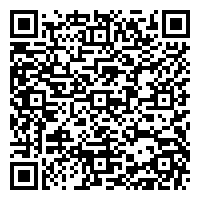