One of Christopher’s main goals as secretary of state was to establish peace between Israel and its Arab neighbors and on a 1994 peacemaking trip to Israel he landed there on Monday, May 16 – Shavuot.


In the May 22, 1994 correspondence to Rav Menachem Porush written on his Minister of Foreign Affairs letterhead and shown with this column, Shimon Peres writes about his violation of international protocol in declining to violate yom tov by greeting Christopher at the airport:

I understand your feelings and, as you obviously know, as a public person I am very careful to keep Shabbat and Jewish festivals, and therefore I did not go out as is usual to greet the secretary of state when he deplaned on Shavuot.

With that, the American secretary, who invests great effort to help bring peace to our region, is subject to a strict timetable, and it is difficult for him to come at times that are optimal from our perspective. In August 1993, the Oslo Accords created the Palestinian Authority, which agreed to recognize Israel’s right to exist. Secretary Christopher accepted Peres’s offer to host the signing ceremony, which famously took place in Washington on September 3, 1993, with Yasir Arafat signing for the PLO and Prime Minister Rabin signing for Israel, and Christopher served as witness for the United States.

Christopher also worked hard to encourage Jordan’s King Hussein to sign a peace treaty with Israel and, on October 27, 1994, Prime Ministers Rabin and Abdelsalam al-Majali signed the treaty, which was witnessed by President Clinton and Christopher.

During a Middle East tour to try to encourage Israeli-Syrian negotiations, Christopher became the first senior American official to visit the newly autonomous Palestinian area when he visited Jericho after landing in Israel on Shavuot. Intending to convey symbolic support for the new Palestinian autonomy in that area, he also sought to pacify apprehensive Israelis opposed to a Palestinian state by denying that the visit in any way suggested Washington was changing its longstanding opposition to a Palestinian state.

The trip by Christopher referenced in our letter – one of eighteen peace-mission visits he made to the Middle East – was part of his failed attempt to obtain a similar treaty between Rabin and Syrian president Hafez al-Assad. During his first visit to Syria in February 1993, Christopher had secured an agreement in principle from Assad that Syria would accept less than an immediate handover of the Golan. However, it soon became evident that Assad was merely stringing Peres and Christopher along, reaping whatever benefit he could from seeming to support a peace initiative. Though Peres may have had an acceptable reason to violate protocol by not greeting Christopher on a Jewish religious festival, Assad, who went out of his way to humiliate Christopher, did not. The Syrian despot first forced Christopher to wait two hours while he met the Russian foreign minister and then stood him up for another scheduled appointment.

Yet despite that epic snub, any number of commentators maintain that Christopher’s dream of an Israeli-Syrian peace accord, which always involved Israel ceding the Golan Heights to Syria, failed because of Netanyahu’s 1996 victory over Peres who, as Israel’s principal “land-for-peace” advocate, had publicly stated the Golan Heights was on the table.

In the May 30, 1960 correspondence shown with this column, Aharon Katchalsky extends Shavuot greetings to Martha Lowenstein, the secretary of the American Committee for the Weizmann Institute. Shown at the lower left of the exhibit is a stamp honoring him issued by the Israel Postal Authority on June 29, 1993 that features his portrait and, in the background, equations and diagrams that describe in general terms the transformation of chemical energy into mechanical work. Aside from his pioneering work in biopolymers, Weizmann developed mechano-chemistry, a new science, and he designed a mechano-chemical engine capable of directly converting chemical energy into mechanical energy without any intermediate energy transformation.

Katchalsky (1914 – 1972), who later Hebraicized his name to Katzir – a name which he shared with his younger brother Ephraim (who became president of Israel) – was broadly recognized as one of Israel’s most gifted scientists and social leaders. A pioneer in the study of the electrochemistry of biopolymers, he is known for innovatively applying principles of physics and physical chemistry to solving biological problems; for his passionate love of Israel; for his brutal murder at Lod Airport by Japanese Red Army terrorists acting on behalf of the Palestinian Front for the Liberation of Palestine (1972); and for the Katchalsky Crater on the Moon named for him. Born in Lodz, Poland, Katzir made aliyah to Eretz Yisrael in 1925, and the family resided in Jerusalem, where he attended the Hebrew Gymnasium in Rehavia before commencing natural sciences studies at Hebrew University in 1932.

After conducting post-doctoral work in Switzerland, he returned to Israel, where he joined the Weizmann Institute of Science in Rehovot. He accepted Chaim Weizmann’s offer to found the Department of Polymer Research, which he turned into a world-recognized center and which he chaired until his murder. A specialist in the field of the thermodynamics of the irreversible processes, and especially its application to biological membranes, he turned his imagination to the application of his concepts to the nervous system and to the brain, and he studied the relationship between cybernetics and artificial intelligence.

Katzir also played a crucial role in developing Israel’s military technology. He joined the Haganah in 1933 and later at Hebrew University he recruited science students to form the first Israeli units dedicated to experimenting with weaponry and explosives for the Haganah. These scientists became the core of Hemed, the Israeli science corps Katzir helped to establish and which ultimately paved the way for Israel’s modern defense industry. His significant publications include “Innovations of Science During War,” published 1943 at the height of World War II. He established a school of young scientists attracted by his charismatic scientific personality and his brilliant lectures; in fact, his popular talks did much to create broad public interest in science.

In his sadly abbreviated life, Katzir helped found the Israeli Academy of Science and served as its president from 1962 to1968. He also served well as president of the International Union of Pure and Applied Biophysics from 1964 to1969. His achievements received worldwide recognition, including numerous honorary degrees from universities abroad. He was awarded the Weizmann Prize (1954); the Israel Prize in the Exact Sciences (1961); and the Rothschild Prize in Chemistry (1972).

Finally, what better way to close this column than with Shavuot blessings from the Lubavitcher Rebbe? In the Rosh Chodesh Sivan 1987 correspondence on his personal letterhead shown here, the Rebbe writes:

In the greeting of Chag HaShavuot, the time of the giving of our Torah, may it come upon us and all of Israel for the good, I hereby extend my blessings in the nusach [style] of the Rav [the abbreviation reads kevod kedushat moreh chayal adonainu, moreinu, v’rabbeinu, nishmato beganzei meromim, zechto yagen aleinu, or “with respect of the holiness of our great teacher, our master, teacher, and Rebbe, his soul is in chambers, may his merit protect us]

For the receipt of the Torah with joy and penimiyut [“inwardness;” i.e., non-superficial depth].

May the Rebbe’s blessing accrue to us, and may we all have a Chag Shavuot kasher v’sameach. 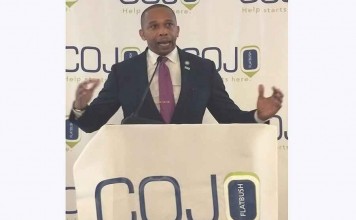 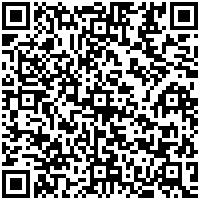