In 1636 Roger Williams, after having been banished from the Massachusetts Bay Colony for what were considered radical religious views, settled at the tip of Narragansett Bay. He was joined by twelve other settlers at what he named Providence Plantation, due to his belief that God had sustained him and his followers.

This settlement became the colony of Rhode Island, which was unique in that it guaranteed freedom of religious practice to all. It is little wonder that the colony became a haven for Quakers, Baptists, Jews and other minorities who were prosecuted for their religious beliefs.


It seems Jews first settled in Newport in 1658, though some disagree with this date.

The date of the first arrival of the Jews in Newport has been variously given by different writers. Some give it as 1655, while others state it as 1656, 1657, or 1658. There is also a conflict as to the place [from] whence they came, although all seem to agree that the newcomers were originally from Holland.1

During the middle part of the 17th century the Dutch, acting through the Dutch West India Company, sent out several expeditions of Jews to settle in its possessions in South America. The most well known of these settlements was the one established at Recife, Brazil.2 In 1654 when the Portuguese wrested control of Brazil from the Dutch, the Jews who had been living in Brazil left. Some of these Jews found their way to Jamaica, where they settled.3

In 1655 Jamaica was captured by the British, and regular trade between it and Rhode Island was established. Jews who had fled Brazil most likely learned about the religious freedom permitted in this colony and decided to immigrate there.

Newport was a main port on the eastern coast of America during colonial times and hence an attractive place for Jews to settle. Indeed, Max J. Kohler wrote:

We must discard our present day view of Newport as an important fashionable summer resort, and permit our thoughts to carry us back to the period when, for some thirty years preceding our Revolutionary War, Newport was one of the principal cities in the American colonies. In commercial importance it must be put in the same category with Boston, Philadelphia, New York and Charleston, and it was not the most insignificant, even among these, for, as Edward Eggleston has well said, “he was thought a bold prophet who said then that ‘New York might one day equal Newport,’ for, about 1750, New York sent forth fewer ships than Newport, and not half as many as Boston.”4

The total number of Jews who initially settled in Newport was very small, probably no more that fifteen Spanish/Portuguese families. However, their numbers increased with the arrival on August 24, 1694 “of a number of Jewish families of wealth and respectability” from one of the West Indian Islands, most probably Curacao.

The Jews who settled in Newport soon established the institutions necessary for the proper functioning of Jewish life. A minyan was organized shortly after their arrival in 1658, and services were conducted in private homes for the next 100 years. In 1677 land for a cemetery was purchased. This is the oldest known location of a Jewish cemetery in the United States.

With the arrival in Newport of the Lopez, Rivera, Polock, Hart and Hays families, all Jews, the city entered into an era of prosperity.

It was generally conceded that Newport had every advantage. Wealth had centered here, and was attracting capitalists from every part of the world. Between 1750 and 1760 some hundreds of wealthy Israelites, a most distinguished class of merchants, removed here from Spain, Portugal, Jamaica and other places, and entered largely into business.5 One of them, Mr. Aaron Lopez,6 owned a large fleet of vessels (rising thirty at one time) in the foreign trade, and many more in the coasting trade.

The manufacture of sperm oil and candles was introduced into Newport by the Jews, from Lisbon, between 1745 and 1750, and from that time to 1760 there were put in full operation seventeen factories for these articles alone; also twenty-two distilleries, four sugar refineries, five rope-works, and many large furniture factories, shipping immense quantities of furniture to New York, the West Indies, Surinam and many other places. In 1770 mention [was] made of eighteen West India vessels arriving here in one day.

As has just been indicated, the Jewish merchant princes were not merely the capitalists who furnished the wherewithal for this trade, but their enterprise created the trade itself, introduced the new arts and industries involved, and furnished the trade connections through their co-religionists in the different foreign ports with which the relations were formed.7

The Jews of Newport participated in the general life of the city and were viewed most favorably by their non-Jewish neighbors. One gentile writer wrote:

The Jews who settled in Newport were not only noted for their knowledge of mercantile and commercial affairs, but also for their industry, enterprise, and probity. They kept to their callings, took but little part in politics – at least there is no evidence that they gave much attention to the discussion of public questions – and they seem to have avoided both the marine and military service. They were neither good sailors nor good soldiers; nor do they appear to have been very fond of books. Moses Lopez and Jacob Joseph, it is true, were numbered among the founders of the Redwood Library, and in 1758 Jacob Rodriguez Riviera was a stockholder in that institution but this may be taken as one of many evidences of their desire to promote whatever promised to be a public benefit. Their business, with but few exceptions, they made a success, and in all things appertaining to their devotions they were exact.8

The American Revolution Leads to Decline

The residents of Newport, Jewish as well as gentile, flourished until the American Revolution. Rhode Island declared its independence from Britain two months before the signing of the Declaration of Independence. Given its large harbor and strategic location, Newport was a prime target of the British. The port was blockaded by the British fleet and Newport was soon under British control. This occupation was a devastating blow to the economy of the community. Many residents left rather than submit to British rule.

Almost all the prominent Jewish merchants fled the city, and Newport never regained its commercial prominence. By the early 1800s the Jewish community was essentially non-existent. During most of the 19th century almost no Jews resided in Newport, and the Touro Synagogue was used only on rare occasions. The descendents of Newport’s once flourishing Jewish community scattered throughout America. Sadly, many lost their Jewishness through intermarriage and assimilation.

This marked the end of a glorious chapter in America Jewish history. Indeed, in 1858 Henry Wadsworth Longfellow wrote his famous poem “The Jewish Cemetery at Newport” in which he wrote in part

Closed are the portals of their Synagogue,

No Psalms of David now the silence break,

No Rabbi reads the ancient Decalogue

In the grand dialect the Prophets spake.

Gone are the living, but the dead remain,

And not neglected; for a hand unseen,

Still keeps their graves and their remembrance green.9

[1] “The First Settlement of the Jews in Newport: Some New Matter on the Subject” by Samuel Oppenheim, Publications of the American Jewish Historical Society (1893-1961); 1937; 34, AJHS Journal.

5 This number is most probably inflated, unless many of those who came left. Ezra Stiles wrote that he estimated there were about 30 Jewish families in Newport in 1760. (“Ezra Stiles and the Jews”by Reverend W. Willner, Publications of the American Jewish Historical Society (1893-1961);1900; 8, AJHS Journal.)

8 Reminiscences of Newport by George Champlin Mason, published by Charles E. Hammett, Jr., 1884, page 54. This book may be downloaded at no cost from http://books.google.com

9 See http://en.wikipedia.org/wiki/Touro_Synagogue_Cemeter for the complete text of this beautiful poem. 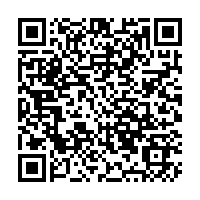