(Names and circumstances changed as requested)

Simchas are wonderful! They bring us joy and nurture our feelings that life is good. It is not uncommon today for couples to be from different cities, even different countries. We hop on a plane or get into our car and go off to partake in a l’chaim, a vort or a wedding. But what happens when you have a spouse who is chronically ill and/or disabled? You cannot simply jump into the car or get on that plane. If it is even possible, health-wise, to leave your city, intensive planning must go on before you’re able to go. This is something few people realize and so, their expectations of families that do have such problems are often unrealistic.

Norm’s son was getting married. The wedding, as is appropriate, was to be in the city where the bride lived. Norm was confined to a wheelchair, and the bride lived a plane ride away. The two families did most of the wedding plans via e-mail. The bride’s family picked a beautiful hall, in which to have the wedding. Part of the beauty of the place was that the chuppah was elevated and so, easily seen by all attending. After walking down the aisle, the family was to ascend a short flight of stairs to the chuppah. When Norm mentioned that going up that flight would be impossible for him, his machatonim (the bride’s parents) suggested that he could still escort his son to the chuppah and wait at the bottom of the steps while the rest of the wedding party was under the chuppah. They didn’t understand Norm’s objections. From their perspective, he “got to escort his son” to the chuppah, just not stand under it with him.

Avi’s situation was similar to Norm’s. Despite the hardships, he and his wife agreed to fly into New York for the wedding. While coping with making wedding plans, Avi’s wife needed to make hours of arrangements with the airlines to make sure Avi could get there. First, she had to arrange for accessible transportation to the airport. They needed to get there very early, because of all his special needs. She had to ensure that they have enough time between planes to be the first on and last off, because he needed so much assistance. She had to prepare the motorized wheelchair, by packing the battery separately in a special type of container. The wheelchair would be loaded with the baggage and would not be available between flights. Avi would have to be assisted by the flight crew (if they were available and knew how) to help, along with his wife, onto the seat of the plane in their home city and then onto the airport’s manual wheelchair when changing flights. The process would repeat itself on the connecting flight. Somewhere in these six hours of traveling, his wife would have to find an accessible washroom for him to relieve himself, as it would be impossible during the flight. Of course, there was always the possibility of the electric wheelchair (which gave Avi independence, and his wife the freedom from needing to push him all the time), breaking en route. Of course the airlines took responsibility for that and would loan him a manual chair during the time. But it could take several days to get it fixed. And then, there was the need to find accessible ground transportation in New York to take them to whatever accessible place they would stay during their time in New York, assuming they could find such a place. When Avi’s wife talked to a friend in New York (whose daughter had been married in the same catering hall) about all the preparations for the wedding, the friend was adamant that she needed to go to the hall the night before the wedding to check that the lettuce was fresh. That was her only problem during her daughters wedding. She couldn’t understand why Avi’s wife wouldn’t make this her number one priority. She just didn’t get it.

Jenny was determined to be at all her daughter’s sheva brachos. Her daughter was going to live in Israel, and she would not be able to see her for a long time after she left. She wanted to milk the simcha for every ounce of joy it provided. The problem was that Jenny was not able to stand or take even a step. In order for her to attend the sheva brachos, they had to be in an accessible place. Jenny was shocked when people told her that she was out of line, as “no parents today bothered to attend all the sheva brachos.” Besides, how could she expect to “inconvenience” the people offering to make the sheva brachos by imposing her accessibility needs on them.

Whether it is lack of understanding of what is needed, practically, in order for someone who is chronically ill to function; or a lack of understanding the emotional pain set up by the limitations of a disability; or an inability to understand the desire for a handicapped parent to fully participate in their child’s simcha should they choose to (just like every other parent), it is so important to open our eyes to see what the needs are, right in front of us. Many people do. Many people have thought to think “out of the box,” despite their lack of experience with chronic illness. I will tell these stories next week. 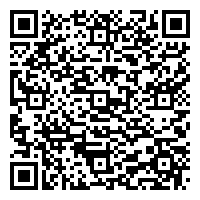