The inability to ask goes hand in hand with the inability to give. The fourth son cannot comprehend altruistic behavior, like helping and giving of one’s time, effort or money. Receiving is the only concept he understands, as he has a universe-sized sense of entitlement. The attitude is that the world revolves around me and “kimt mir alles” (everything is coming to me). To that end he and those like him are incapable of appreciation. If someone does do them a service, even something as minor as opening the door for them, they do not think a thank you is warranted. After all, they are special and deserve to be treated this way.

They are the husbands who enjoy laundered clothes and delicious meals – but do not thank their wives. Rather if anything isn’t perfect, they are quick to criticize and insult. They are the bosses who will not acknowledge a job well done; they are the men and women who cannot appreciate the efforts and mesirat nefesh of the friend, relative, neighbor or stranger who has gone “the extra mile” on their behalf in whatever endeavor or capacity.


A valuable insight in how to deal with an indifferent, self-absorbed individual (or community) is in the response the Haggadah directs us to give the fourth son. Whereas the simple son is told, “With a strong hand Hashem took us out of Egypt, from the house of slaves,” the response to the son who doesn’t “know” how to ask, is, “You open for him, (at pitach loh), as it is written, ‘You shall tell your child on that day, it is because of what Hashem did for me when I came out of Egypt.’”

The key words here are “that Hashem did for me.” For they convey to this oblivious son the concept of an action done on behalf of someone – and appreciation for said action. He is being told that all this effort (preparing for and celebrating Pesach) is hakarat hatov – a show of gratitude, thankfulness and indebtedness – a foreign notion for this young man.

It is quite eye-opening to note that the response begins with, “at ” -the feminine word for “you” and then continues with the male “vehagadita -you shall explain.” Both men and women -all segments of the community – have the responsibility to reach out and try to “turn on” this apathetic, emotionally distant son and turn him into a mentsch.

And ourselves as well.

Sadly, as individuals and a community we are at risk of exhibiting self-absorbed behavior and detachment from issues that don’t affect us personally. It is imperative that we collectively not fall into the tragic category of one “who does not know to ask” and be oblivious to the harsh, soul destroying events and situations befalling less fortunate members of the community – be they the poor, agunot, older singles, or hapless victims of abuse (in all its nefarious incarnations).

We must not remain ignorant, unconcerned or uninvolved, unable to even ask – as the simple son does – “mah zeh? – what is going on?”

3 Infants Hospitalized with COVID-19 in Ashkelon 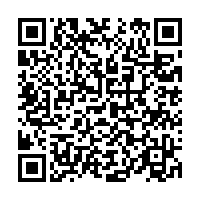