We’re big fans of brown paper bags in our house, mostly because they’re available in packs of 100 for a dollar. We also like them because with some scissors, glue and construction paper, they can be turned into almost anything.

I can spend weeks (okay, months) imagining the amazing mishloach manot that we might deliver to everyone we know and, in all honesty, there have been years that I’ve followed through and actually done that. And then there are those years when I just didn’t, because hey, sometimes, you just don’t feel it. You’re in the Purim mood, but you’re also really in the mood to sit. And that’s okay. It’s one of my favorite activities.

If you too love sitting, then go right ahead. I’m here to sit next to you and help you through this Purim with three almost-too-easy mishloach manot ideas, all made with cost-conscious paper bags.

There are lots of parties taking place in Megillat Esther. Vashti didn’t come to one party and Queen Esther threw another one and, frankly, none of them went particularly well. Don’t you think it would have been so much better had there been party bags? I know, me too! Last year, we handed out party bags

We printed a poem on the blank shipping labels using different colors and fun fonts.

Ready for it? Okay, here goes.

Queen Esther had a little party.

Party bags for everyone!

It’s possible that I might not be using the word poem correctly, but no matter, this mishloach manot was a hit.

Start by filling the bag with your foods of choice. To close the bag, fold the top over, punch two holes in the folded section and thread the ribbon through, tying a knot at the end. Curl the ends of the ribbon with a scissor. Stick the label onto the bag and then, um, that’s it. You’re done.

One year we turned the brown bags into little boy and girl soldiers, the army of Hashem, if you will. The army of Hashem that spreads love and light and Purim cheer wherever it goes. Not coincidentally, it was also the year when our mishloach manot list ballooned to approximately 2,764 best friends. Paper bags it was.

It also just so happened that during that particular February, it snowed for days and days (and days). And we also had a new baby. And also, we weren’t leaving our house for anything. We needed activities and this was certainly an activity.

I spent some time cutting funny noses, eyes, ears, bows/bowties and different shaped hairstyles from construction paper. Think Mr. Potato Head in paper form. Gather together a bunch of glue sticks and your bunch of kids and leave them alone at the dining room table with a few snacks. Explain the project: use the different shapes to make faces on one side of each paper bag. Leave the kids alone for an hour and prepare to be amazed at their creativity.

Once the glue has dried, fill the bags with the snacks of your choice. We happened to have filled them with three different kinds of cookies we had already baked and stored in the freezer, but don’t forget, it snowed every other day that winter. At some point, there was nothing to do but bake. A few mini Laffy Taffys completed our mishloach manot and a small address label printed with a Happy Purim message and our names sealed the bags. 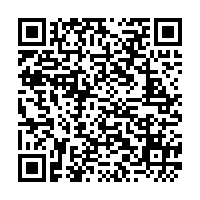