I think my refrigerator is making me fat.


Sent from my work desk

Yes, let’s blame refrigerators. After all, when you’re bored, what’s the first place you check? The fridge. Maybe there’s something to do in there.

I actually keep my cheese in those drawers, because the official cheese drawer isn’t big enough for the amount of cheese I require. And I have a whole second fridge, just for vegetables. It started off as a Pesach fridge, but we never ended up unplugging it, and it’s been like three Pesachs now, so now I guess it’s a vegetable fridge. That and eggs, because I’m not going to keep one carton of eggs in the little area in the door marked “eggs.” And what am I supposed to keep in that area in the door behind the glass? Am I supposed to keep live animals in there? Things that smell?

“I don’t know, but it stinks! Put it behind the glass.”

Anyway, that’s why we’re fat. Sure, you might say that the reason we’re fat is that we have two refrigerators, but one is just for produce. In fact, the entire “vegetables” drawer is just for carrots. It’s nauseating.

And in fact, this fridge is right next to my work desk, the idea being that if I want to eat but I don’t want to go all the way to the kitchen, I can just roll over and grab a veggie. But that logic isn’t really sound, because everything in this fridge needs to be either washed or peeled, and we keep the sink and the peelers in the kitchen. And when I’m hungry, I still mindlessly head for the kitchen, so in order to eat, say, a vegetable, I have to go into the kitchen, look into a fridge that has zero vegetables, go, “Oh, right – vegetables!” then go back to my desk, come back to the kitchen with veggies that I have to either wash or peel, and then go back to my desk. And if I’m getting that much exercise, why on earth do I need to eat vegetables?

But what I’m saying is that fridge designs should probably be very different. For example, maybe refrigerators should be shaped like food pyramids. Not that I ever understood food pyramids in the first place. Is the bottom what you should eat the most of, or what is least important?

Also, we wouldn’t be able to store cookies on top of the fridge.

Should I back into parking spaces or pull in forward?

Sent from my iPhone

I don’t actually understand people who back into parking spaces. They’re like, “Yeah, I just want to be able to pull out easily.” If you’re good enough to back into a narrow parking space, I don’t think backing out is a problem for you.

“Yeah, well, I want to get to where I’m going faster.”

No, when you get to where you’re going, you’re going to turn around and back into that space. So how much time are you saving, exactly? I know that when I get to where I’m going, I’m already running late and don’t want to take the time to back in. Though it’s probably because I started the trip by backing out of a space.

Okay, so I’ll admit – I don’t love sitting in my driveway waiting to back out and guessing when cars and pedestrians are passing. I back out a millimeter at a time and hope that whoever’s passing has quick enough reflexes to get out of my way.

But I’m not a big believer in backing into spots. Unless you know for a fact that the next time you’re going to be going somewhere, it’s going to be a race. Like if you’re robbing a bank, you should probably back into a parking spot. Because you want to be able to tear out of there while the cops are still backing out of their spots. I get it. But I recently saw someone backing into a spot at a supermarket. I’m like, “Your trunk is at the back of your car. You’re making it harder to put in the groceries.”

Despite that, my favorite experience is finding two empty spots head-to-head, so I can pull through. I’m willing to walk extra for those spots. And I like them even though inevitably someone will park behind me, and I’ll have a hard time putting in my bursting-refrigerator amount of produce. It will also be harder to find my car, because the aisle it’s actually in won’t look familiar to me, seeing as I never drove down that aisle. But at least I’m not backing up.

(I imagine that the people who back into parking spots love those spots too, because they get to back straight through.)

Backing into a spot also holds up the people behind you, who just want to find a spot, and now they have to wait for you to figure out how to back into it, plus resist the temptation to just pull forward into the spot when you pull past it to get ready to back up. Sure, you could say that backing out of a spot holds people up too, especially the way that I do it, but at least when I leave, the people are happy that a new parking spot just opened up right in front of them. It’s a little parting gift.

The only way that backing in is really more convenient is if you think you might need a boost the next morning. But people who back into spaces never need a boost, because they know if their kids are leaving the overhead lights on, because the last thing they do, before turning off the car, is turn around and look back. Whereas the rest of us find out the next morning, when we try to back out.

Have a question for “You’re Asking Me?” Leave it on top of the fridge. 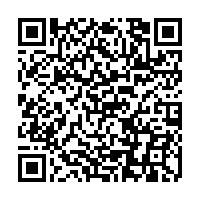