There’s no one who should be more anticipant then me – an Ashdod resident who is experiencing a generous brunt of the Protective Edge warfare in Israel – of the end of this terrible period of time we are enveloped in. And of course, I am. I feel a huge relief that our soldiers are no longer in the lion’s den (and won’t have to go back in). And on a more mundane but personal note, I am delighted that I am no longer locked in the house with three little kids who need to desperately frolic in the sand. I will whoop with joy when my weekly shiur finally restarts, after a too-long timeout. I will breathe easily, knowing that a siren won’t surprise me any moment. I will no longer worry where my husband is when the siren sounds. I won’t hear ominous booms anymore and wonder where the rockets are falling.

All this, of course, is massively understated. I should really say: If I could, I would kick up a dance in the street and embrace every woman I see in a tearful bear hug. I would throw a bash and invite enough women to fill each square foot in my home (but no kids, please. We’ve had enough of entertaining them indoors for who-knows-how-long from morning to night. I shouted that, by the way.).


But in reality, the end will be bittersweet. There are two sides to the coin: relief and grief.

So many families are mourning, and all along we mourned with them. Many more are dealing with wounds on all levels, some of which remain for life, and we cry for them. Will we now throw off the war and its memories like a heavy, unwanted sack, while others deal with it on their own?

With all its insecurity, unpredictability, and inconvenience, the war was a special time. We in Israel walked the streets with a feeling of kinship: everyone was hearing the same news, thinking the same thoughts, brooding over the same worries, praying the same prayers.

Hours after the abduction of Sergeant Hadar Goldin, the quiet of Shabbos muted the blaring news and we were left to peace and panic all at once. On Shabbos one isn’t supposed to cry, but that week it proved extremely difficult. The questions hovered like an impenetrable fog: Is he alive? What is he going through? Did they get him back (for the optimists only)?

After candle lighting, I left for a Shabbos stroll with my kids, now that we were relatively free to walk outside, being in central Israel for Shabbos, and the same tune played for all us. Abductions, tunnels, soldiers and Gaza were the words you heard from the clusters of men, women, boys and girls on the street corners.

I had listened to the news just before Shabbos, and cried through the loudspeaker message that blared from a car around the neighborhood: “Eis tzarah hi l’Yaakov…Pray for the chassan Hadar ben Chedvah Leah and for all our brothers who are now in life-threatening danger…” But then the Shabbos bell sounded, and I had to wipe my eyes and usher in the Shabbos Queen. On Motzaei Shabbos, I turned on the news immediately, although I usually try to keep an extra few minutes. But no, there was no clear verdict, and definitely not the happy ending of “We have him and he’s safe and sound” that I’d wished for. Some said he was alive, some said it couldn’t be. So we all continued to worry.

When else would I have fretted with this motherly concern for someone from a totally different sector of society than mine? At what other time would I panic for the welfare of boys in different circles of society other than during the war? Now, this is almost all that occupied my mind. 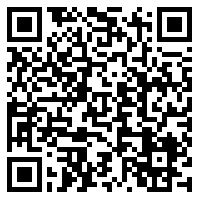