There once was a man named Shloime, and he was a Jewish Prince. Or so his mother thought of him, and not many others did, though he was a nice guy and all. Shloime’s mother thought it was quite appropriate to think of herself as royalty, after all her Shloime was the nicest, sweetest, brightest, and most eligible bachelor she knew, and also – they lived in Kings County! (That’s Brooklyn, to laymen.)

It would be quite appropriate at this point to introduce Shloime’s mother with her own name, but she preferred to be known simply as Shloime’s mother. He was her pride and joy, and she was totally devoted to him.


At the young and tender age of thirty-eight, Shloime was still living at home, because he had not yet found the perfect shidduch. However, we can be quite honest here and admit he had found many nice girls, yet his mother had nixed them all, early in the shidduch process. One might have said she was trying to keep her little Shloime all to herself, but that would be loshon hora, so don’t be mekabel!

All day while Shloime worked long hours at his Midtown accounting firm, his mother would try to find him the most perfect Jewish Princess. (Shloime didn’t really have to work such long hours, he chose to, but mother didn’t need to know that, right?)

One winter’s day there was a terrible storm, which often happens in New York, and most people prepare for such things. But there was one girl who was ill-prepared. Gittel was in from out of town, and hadn’t realized how bad the weather could get.

Now, while people from New York think that anyone who isn’t from New York is an “out of towner”, this girl really was from out of town, from a place called Kingsbury, in London.

Gittel had been told that Americans tended to laugh at the British and make remarks about how much rain they had; which made her think they really don’t get to much rain here. Little did she realize that although they had a complaint for her United Kingdom weather, they also were not living under the best of weather conditions.

Because she was unfamiliar with the New York Tube system (that’s the way they refer to subways in London), Gittel hired (rented) a car, so she could get around to the different shadchanim who had been suggested to her. As she tried in vain to find one particularly difficult address, she was beginning to run out of petrol (gas), so she parked in a car park (parking lot) and proceeded on foot.

Shloime was on his way home from work when he saw Gittel, roaming the streets of Brooklyn, alone in the rain. He thought she was one of those rare meshuloichesses (female tzedakkah collectors), and he decided to give her money and his own umbrella. Gittel was flattered, but she refused his offer, trying to explain that she was not a meshuloichess. Shloime thought she was just embarrassed, so he invited her to join him and mother for dinner. He also offered her his neighbor’s guest room for the night.

With such a wonderful display of hospitality from this very frum-looking, single-sounding, normal-acting, chessedic-seeming man, Gittel promptly forgot about her appointment with the shadchan, and decided to take Shloime’s offer.

Shloime was mesmerized with Gittel’s lovely British accent, and found her to be less demanding than the girls he usually met.

By the time Shloime and Gittel arrived home to mother, they had found they had loads of things in common. They were both single, in their thirties, Jewish, and frum! Why, that was more than what they had in common with most of their recent dates. The two decided to get engaged right there on the spot.

Mother was concerned about the authenticity of this girl – could she really be the right Jewish Princess for her little Shloime? So after dinner, when she sent Gittel to the neighbor’s, she told them to put one pea under her mattress while she slept. Surely if she was a Jewish Princess, the scent of the pea would disturb her sleep.

Now, the neighbors tended to think that Shloime’s mother was quite batty at times, but this time she had gone too far. They prepared their guest room for Gittel, and upon her arrival, took her aside and told her not to mekabel any lashon hara, but l’toeles, they would have to tell her some important information.

Gittel was prepared in the morning, when Shloime’s mother asked how she had slept. She quietly complained to her about the strange odor in the room, and Shloime’s mother reluctantly saw that she would have no choice but to allow this union to go through. 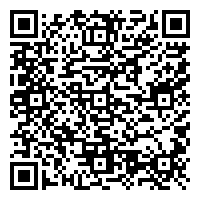