5778 was wild. I can’t even remember all of the blitz filled headlines and nerve wracking issues which bombarded our senses and attacked our sense of equilibrium and well being.

Massive worldwide immigration; the ascendancy of Islam; worldwide terror. Growing anti-semitism; warfare throughout the Middle East, Africa, and Asia. Economic war with Russia and China; nuclear threats from Korea and Iran. The explosive war in Syria. Israel’s astounding seizure of Iran’s nuclear files; Trump’s recognition of Jerusalem as Israel’s capital; America versus the UN. Raging wildfires across Europe and in California. Fiery kites & balloons from Gaza. The unending onslaught against Donald Trump; the radical Left; the ascendancy of the LGBT community; the opiod epidemic in the US; the assault on the traditional family; “off the derech” kids (and adults!). And now, last but not least, the tempest surrounding Israel’s new Nation/State law.

That’s a lot of stuff for one year. What’s happening to our world? Does all this spell the end of democracy in America? The collapse of modern Europe? The disintegration of Western Civilization?

The Rav, Rabbi Joseph Soloveitchik described the world as existing between two opposing poles, causing us to constantly reexamine our place on the spectrum. Nowhere is this more striking than in the Jewish State where we live a dual, often conflicting existence. We face outward vis a vis a dangerous, unfriendly world, and inward towards our own problematic, confused society. We are being forced to define our path, both to ourselves and for our children. It’s not easy.

After two thousand years of Exile, we are still struggling to decide how a “Jewish” state should look and function. The challenges to both Zionism and the traditional Torah way of life loom large. All this in addition to the ever-present security situation. It seems as though the one gleam of light in the dark night of 5778 was the recognition of Jerusalem as the official capital of Israel by the United States. Everything else seems to have been downright unsettling, to put it mildly.

But things are nowhere near as bad as they look. The challenges of 5778 may temper our joy, but they do not define us. Israelis rate among the most satisfied people in the western world. Our joy is alive and well and our blessings are manifold. We live our miracles and watch them take place. The media, the politicians and the intellectual elite all speculate and explain that the incredible, unexplainable events and developments that “happen” here could just as well happen anywhere, to anyone, anytime. But they don’t. And where others see happenstance, we see the Hand of God. Even our insecure security-situation hones our instincts, makes us grateful and humble for our continued existence, and strengthens our faith in the Creator who is, in effect, running the show.

And when we look around, things actually look pretty good. Wedding halls have to be booked months in advance; maternity wards are burgeoning. The highways are jammed with new cars. Schools are full to capacity; new yeshivot are constantly opening. Despite rockets and firebombs and burning kites, the Negev proudly boasts many new, young communities. Batei knesset are appearing throughout the “irreligious” Galil. Yehuda and Shomron are thriving. And 5778 saw the arrival of several thousand olim – nowhere as many as we would like to see, but we’re patient. After waiting two thousand years, a few more years is trivial.

Nonetheless, I will admit that some days, I am overwhelmed by the plethora of problems in the world. How we will ever solve them all? On those days, I take a vacation from the media and turn to David Hamelech. He had a few hefty problems to deal with too and he poured his heart out to God. It’s amazing how contemporary his prayers are four thousand years later. (Of course it helps if you understand the Hebrew!) The river of faith flows deeply in the Jewish soul.

I recently decided to clean a carpet in honor of the New Year. The burly driver who came to pick up the rug did not quite look like a scholarly type. When he glimpsed our view of the Judean Desert and a newer section of Maaleh Adumim, he asked if he could come in and take a better look. We began to talk. I told him that a mere ten years ago, that part of the city did not exist; it was empty desert, used by the army for tank maneuvers and shooting practice. He said he knew. His son had been stationed at the army camp behind the hill. This led to a discussion of … what else …. politics. (Everything in Israel eventually leads to politics or religion.)

I made a wistful comment about my worries for the well being of the country and he came down on me like a ton of bricks. “Shtuyot!“ he exclaimed with fervor. “Ein chadash tachat hashamesh – there’s nothing new under the sun. Jews always had problems – outside enemies, inside defectors, atheists, assimilationists, deniers. We have always lived with external dangers and internal fights. We never knew a quiet moment except for the forty years when Shlomo Hamelech was king.”

I was surprised at the comment. He didn’t look like the type that related to Shlomo Hamelech. “But don’t worry,” he said. “We’re going to be just fine. You’ll see. In fact, we’re fine already!” And with that, he slung my rug over his shoulder and left. God bless our Jewish truck drivers who without looking like “scholarly types” keep the fires burning in their Jewish souls and their brain cells in good working order!)

We are beginning a New Year…. one year closer to the Final Geulah. One year closer to the rest of Am Yisrael returning to Eretz Yisrael. One year closer to rebuilding the Beit Hamikdash. What can be bad? So it’s still a little bumpy on the way. But we’ve come so far, have emerged from so many vales of destruction, and been uplifted on the wings of eagles and out of the valley of death so often, that a few more uneven miles or years are insignificant.

As we repave the highway to God’s City and prepare to rebuild His House, we know that our Father is leading and guiding and watching over us. We survived the headlines from 5778. May the headlines for 5779 proclaim the coming of Mashiach! Ktiva v’Chatima Tova! 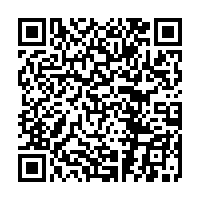