A bright, articulate accounting major, just a few months away from graduation, visited my office. As we discussed what kind of position and in what type of accounting firm she wanted to work, it became increasingly clear that she did not have a passion, let alone a real interest, in becoming an accountant. My question: “What do you really want to be?” Her answer: “A writer!”

My follow up: “So why did you become an accounting major?” Her response really floored me. “Because that’s all my parents would pay for!”


Another time, a parent called me to say he wanted his son to become an accountant. Why? “It is a solid, respectable career where he can make a decent living. After he has a good source of income and fall-back position, he can study what he really wants.” Both of these students will have to earn 150 credits over a 4-year period studying something they have little interest in!

As parents, it is a given that we love our children and want what’s best for them. How do we go about making that happen? (1) The child makes his own career decision or (2) the parents make the choice. The best approach is somewhere in between with somewhat more emphasis on option 1.

A parent may say, “I’m paying for your education; therefore I need to have at least a major, if not the whole, part in the decision.” However, a parent has to be extremely careful not to be biased by:

(1) An assumption that I know you better than you know you. This “Father Knows Best” approach implies that I, the parent, have more life experience and it is in your best interest to listen to me, or you are too immature to make this decision.

(2) The fear that you will not be successful in pursuing your career choice. The toxic message here could be that you are not smart, ambitious or passionate enough about your choice to succeed.

(3) An unfulfilled dream on the part of the parent. Failing to become what you, the parent, wanted to be, does not give you the right to encourage or force your child to fulfill your dreams.

Given my dual role as a parent and Director of Career Services, I have a unique perspective that I want to share, along with some specific suggestions, on how to navigate this path. If a parent asked me for my advice regarding helping his young adult find the right career for her, here is what I would suggest:

Know the awesome influence you have as a parent. Children will hear what you say or don’t say; non-verbal messages speak volumes and are extremely potent. For example, rolling your eyes when a child says he would like to be a __________ may cause his idea to be forever discarded. There was a NY subway sign a few years ago that showed a picture of a child’s eyes and ears and labeled them as the “most sensitive recording devices known to mankind!” Think about the messages you received from your parents that stayed with you long after you left home. We need to be extremely careful what we communicate to our children. Our work and life experiences will certainly influence our views. One parent confided, “Finding a job is the most difficult task in the world.” A few days later his son was sitting in my office saying, “Finding a job is the most difficult task in the world!” We talk about parents being “helicopter parents” hovering over their child’s progress at school and even on the job. I would like to suggest another label, “submarine parents,” who can undermine a child’s choices without the child consciously noticing it; this approach in the name of love can surely sink a child’s real purpose.

The Courage Not To Conform 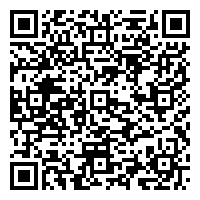