Although I was very aware that who I was and how I acted would seem out of place to the diverse student population at NEIU, I never really thought about how unusual their cultures would be for me.

NEIU is located in an extremely heterogeneous neighborhood in Chicago, and its student population reflected that diversity well (and diversity did not refer to the color of hat or the style of yarmulke a person wore). There were students from every conceivable culture and faith. The local public school, about 2 blocks from NEIU, was the most diverse in the nation in the 1970’s and still remained the most diverse in the Midwest the last time that I checked.


Chicago features a rather large Orthodox community; NEIU, on the other hand enrolled very few Orthodox students (at least in the 1990’s). Most of my peers had either exiled themselves to New York (at the time I believed I would NEVER live there) or attended Loyola University, a Jesuit Institution that was much more willing to accept yeshiva credits.

When you live in an Orthodox cocoon, in which the focus of almost everything around you is the importance and primacy of Orthodox Judaism, it is difficult to step beyond that and develop a framework by which to understand the way other people make sense of the world. For the most part, I never thought I would have a need to understand anybody beyond the parameters of my little world. If anything, they were the ones who needed to try to understand me.

I was never aware of how small the Orthodox world was comparatively. In my world, I was part of the vast majority. The way I thought and acted made perfect sense to those around me, even if I tried to push the envelope a little bit. While I was aware that there were plenty of other folks out there who didn’t think like I did, that was their misfortune, and not at all relevant to me.

People tend to define their concept of normal based on their culture, that is, how people they are familiar with tend to think and act. Suddenly all those things that seemed so normal and mundane to me were uncomfortable and even strange to the people around me. I used to get a ton of weird glares when I stepped into a corner on the short winter days to daven Mincha, and most folks couldn’t wrap their heads around the fact that kosher food wasn’t kosher because it was blessed by a rabbi (although most understood there were some things, like the pork rinds in the snack machine, that a rabbi just couldn’t bless).

If you asked me at the time, I would have told you that I did, in fact, have experience with diversity, as many of the workers I encountered in yeshiva, in restaurants, and other locations were from different cultures. While that was true enough, it really wasn’t particularly helpful because those were almost by definition inequitable relationships. I didn’t have any experience with minorities as peers or, even more importantly, authority figures.

I really didn’t have any negative views of minorities; they just seemed rather foreign to me. I didn’t really know what to think about them. I have often said that I am very fortunate that I met a wide range of minority students at NEIU. In my assessment, some were incredible human beings, a few others were quite nasty, with the vast majority falling somewhere in between. It seems rather petty and simplistic, and at this point of my life rather obvious, but my experience led me to the belief that minorities were pretty much like the rest of us.

In retrospect, that was a very dangerous time. Although I shudder to consider it now, had my initial interactions with minorities not covered the spectrum of human behavior, but rather been solely with those minorities whose behavior was unsavory, I could be a vastly different person than I am today.

Like it or not, I was on campus to stay. The 1990’s were the heyday for moral relativism and political correctness. In a nutshell: Every culture and cultural practice is of equal significance, and the worst offense imaginable is making anyone feel uncomfortable because of his or her beliefs (although, I would learn that those principles did not apply to Orthodox Judaism). Not only did I have no way of understanding what I was seeing (I never quite got used to a classmate who dressed in a Scottish Kilt), I had no way to request clarification, lest I upset the ever charged politically correct environment.

It’s hard not to stand out when you wear a yarmulke in a secular college environment. People will notice you, and I was very cognizant of that. Chicago is not New York. Orthodox Judaism was not part of the day-to-day life of the average Chicagoan in most parts of the city. Even as an Orthodox Jew, I must admit to feeling a sense of novelty seeing chassidic Jews dressed in full garb when I visited New York for the first time as an adult.

Many New Yorker’s find this shocking when I tell them, but outside of transportation to and from Wrigley Field, home of the Chicago Cubs, I could probably count on one hand the number of Orthodox Jews I encountered, even when I was taking the train on a daily basis (interestingly my yarmulke led many of the indigenous subway dwellers to assume I was a rabbi to whom they could unload all of their problems).

One stark example, Telshe Yeshiva in Chicago, is across the street from the far south end of the campus. I clearly recall students after the Yom Tov season, both in and out of class, wondering (respectfully of course) who those people with the “hats, black suits and beards” they had seen walking about were (that once even became a topic of discussion in a history class focusing on early Christianity, but then again, so did some cult someone saw on Oprah).

That made me all the more self-conscious. I felt like I was living under a microscope, with every action, every move scrutinized as an example of life in that rather unfamiliar Orthodox Jewish world (and the question I heard dozens of times, “you’re Orthodox…why don’t you dress like that)?

I’ve often wondered why I became so engaged in the college community. Most of the other yeshiva boys I knew went to college (because they had to) but did not involve themselves in the day to day activities on campus (the subject of my first graduate-level ethnographic study). They went to class and came home.

I didn’t drive when I was in college, however, and I believe that a large part of my decision to become more involved was because I was, for all practical purposes, stuck on campus most of the day without the ability to drive away for the long breaks between classes. I wish I had a better explanation for my initial college engagement than boredom, but I really don’t.

While I clearly knew that I didn’t fit in socially on the college campus, I knew that I just had to be a better student than all those other folks, having spent so much of my time learning Gemara. That façade, however, would crumble very quickly. 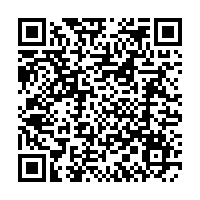