They say a picture is worth a thousand words. What a pity there were no cameras at the time of Matan Torah. Just imagine… images of the unimaginable!

Photographs are serious business. Sometimes, they are all we have left of the past and affect our perception. To this day, I automatically envision Shimshon HaGibbor and Eliyahu HaNavi as they were depicted in the pages of the Bible comics we read as kids. Just imagine if we had had real photos of them!

The Chofetz Chaim said that cameras were invented so that man could understand God’s omniscience: “seeing eye and hearing ear with all of your deeds inscribed in a Book.” God is still pretty impossible to comprehend, even with our hi-tech cameras and sophisticated media, but if we humans can capture and preserve a physical image or a voice from the past, just imagine what God can do! Meanwhile, I am trying my best to retain our own family memoirs in my own collection of “books” – i.e. picture albums. Remember those Kodak Moments? (For the younger generations, Kodak was the father of cameras. You inserted cute little roles of something called film which, when developed, produced a replica of your “Moment.”) These “replicas” – aka photographs – were developed and kept in albums to be saved for Eternity. All this was long ago in the pre-cell phone, pre-digital, pre-internet age. I began my first album around the age of ten. I’m now up to #53 and still going strong.

Kodak film cameras have long since disappeared; they were replaced by smaller cameras, then smaller-still digital cameras (no film), and then by the even smaller, ubiquitous, all pervading cell phone. Nowadays, only professional photographers and camera buffs still carry large cameras, but even those are digital. Film has disappeared.

With cell phones, the world went mad; everything was fodder for the camera. An old fashioned roll of film had allowed for twelve to thirty-six pictures, which you were careful not to waste (they cost money! Real money, not the credit-card kind), but cell phones allow for unlimited photography. Whereas once, before shooting a picture, you carefully chose your subject, his position, your location, the lighting, and warned the subject not to move least the picture come out blurry, now you could just shoot – as many as you like, for as long as you like. Baby is sitting on the grass smiling at a leaf? Click the shutter ten, twenty, thirty times. It doesn’t cost anything; you can’t “finish” the film and, if the first ten pictures are blurry, one of the next twenty is bound to be sharp and clear.

Then WhatsApp was born. The new motto was now: Snap and Send. Around the world. To everyone you know. If I received only one picture per month per grandchild, I’d still have a mammoth collection by the end of the year, but when I receive five or six of each gorgeous kid every time they turn over, sit down, stand up, eat an orange or pet a puppy, my cell phone runneth over.

Evidently not. Today, if you haven’t snapped it, it doesn’t exist. And if you see it, you should snap it! I remember once standing high up among snow capped Alps under a vast blue sky with frothy white clouds gliding overhead. It was breathtakingly beautiful. But no one was looking. They were all busy taking pictures.

Kindly note: None of these magnificent photographs are available on Shabbat when you actually have time to sit down and look at them. That’s why the kids like to come to our house. My pictures are certified kosher for Shabbat: not connected, immobile, safely ensconced in albums One to Fifty-Three.

A studio photographer once explained to me that when parents are informed that whichever photos of their children they do not purchase will be shredded, they go into a state of shock. Shredding a picture of their child feels like child-slaughter. So they buy up the lot. They consider it a matter of hatzalas nefashos. Ditto for photos received on the phone. Any normal grandmother will patiently explain that it is forbidden to delete a picture of a grandchild. It is tantamount to Photographic Murder. Once taken, a photograph must be eternally preserved.

But I am made of stiffer stuff (sort of, sometimes. Depends on the picture…) I do not save or develop every photo I receive on WhatsApp. I choose the ones I like, delete the others, and develop the Nobel Picture Winners, which are placed in an album.

My albums are now considered a family heritage. I told the kids they could divide them up as their yerusha after I reach 120, but one thing worries me. If chas v’chalila a fire broke out in the house before I was 120, what could I save? My great-grandmother’s candlesticks would be first in line and my photo albums would be next, but how could I possible get 53 albums out of the house? (Actually the question worried me even back when there were only 15 or 25 albums).

It’s a real quandary, which can lead to sleepless nights. Who knows? Perhaps it’s not such a bad idea to keep all those images on my cell phone as well as in an album. One can never be too safe. Or, I suppose I could join the masses and send them to the cloud. They tell me Google is on guard duty up there 24/7 and short of a Divine fire descending and consuming them, the pictures are safely ensconced in Picture Heaven. I’ll have to look into this. Someday. Meanwhile, I think I’ll stick with my albums. They are my picture heaven down here. 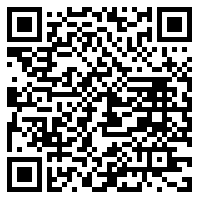