Rabbi J. Simcha Cohen sent us this article a number of weeks before he was niftar last month; yehi zichro baruch.


Years ago while serving as a rabbi of a shul in Los Angeles, California I was invited to join a group of Orthodox high school seniors on the annual March of the Living in Poland. The students were children from affluent religious homes and many had already been accepted to some of the most prestigious universities in America. My role was to serve as a religious advisor as well as to cull unique experiences for subsequent lectures and articles about the march. The large contingent of about 50 students from yeshivot somewhat fazed the leadership of the march. This was my assumption as we were referred to as the “The Orthos.” Yes, we were categorized as the Orthodox, a somewhat uniquely strange and distinct group.

Traveling to Warsaw on Lot Airlines, we experienced our initial taste of Polish gracious consideration. As we gathered to daven, the airplane staff turned off all the lights so that the plane was in total darkness. No requests to turn on the lights were heeded. To many it was simply shocking to experience such anti-Semitism. In a way it was a foreshadowing of future events.

I had a personal problem. I am a Kohen and therefore could not visit those areas where Kohanim are forbidden to walk. As such, I stayed on the bus during many excursions. One unique experience is worth noting. At Auschwitz the entire group of about 6,000 students and 2,000 adults marched past the notorious “Arbeit Mached Frei” sign into the camp. It was drizzling and I stood by myself reading the sign over and over. Countless Jews were fooled by that sign. They passed the sign and found death rather than freedom. What should I do? I decided I was not to be fooled by such a sign. I didn’t have to walk into the camp. I turned around, and began singing a niggun to myself – and marched back to the bus. Somehow this little feat made me feel proud.

Throughout our weeklong stay in Poland local youngsters made horrible signs when they saw us, such as cutting throats, to drive home their feeling that not enough Jews were murdered. I’m positive they knew not the source of their hatred. It was just part of what they have been taught.

During our stay in Poland students traveled in caravans of buses. Each bus had a leader, an assistant and a guard. The guards, who were armed, were from Israel. Our guard shocked me when he mentioned that I was the first rabbi he had ever spoken to. This was a Sabra of about twenty years old. Yet, until he met me, he never spoken to a rabbi.

Our assistant was an older man we called Uncle Joe. One day Joe asked if we could speak privately. He told me that he was a judge in Detroit, Michigan and the bus leader was his niece. His story still generates vivid emotions in me, over twenty years later.

Uncle Joe had been a child during the Shoah. He recalled that at one time he, his parents and brother were living in Belgium. His father came home one day and said that the Germans had ordered all Polish Jews to return to Poland. “Yosel,” he said, “I will no longer be with the family. It is now your responsibility to care for your mother and brother. You have to be the head of the house and protect them.” Uncle Joe told me that at that moment he lost his faith in God. “How could I believe in a God who placed the security of my family in the hands of a ten-year-old child?” Somehow he and his family survived and came to America. They never heard from his father. He hated religion, he told me, and Jewish life. God was simply something that he never even considered. 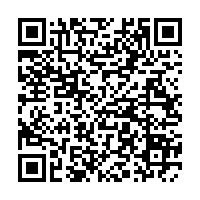