And that’s not the focus of most of these Gemaras. In those days, their main concern was: “Can I lance my boil?” (Answer: It depends on why you’re doing it.) That was a man’s main concern in those days, so it’s in the Gemara, which men learn. There was also, “Can I spit on the ground or do I have to use a bucket?”

But times change, and you can’t blame the Gemara. For example, the Gemara makes a huge to do about sweeping the floor on Shabbos, but then you realize that the floors back then were made of dirt. Which raises the question: If the floor is made of dirt, what are you sweeping? What are you hoping to accomplish? Are you gonna sweep a hole to China?


So times change, and they’re still changing. There are probably halachos nowadays that didn’t even apply when you were in school, such as what to do for the remainder of Shabbos if you find yourself on a motion-flush toilet. What are you going to do about those halachos? Are you going to ask a rabbi? How? So either way, you have to keep learning halachos. I’d suggest learning it together as a family. It’s never too late to learn new things. My family actually has a couple of English sefarim* that we learn from every week, during kli shlishi, which ask such interesting practical, everyday questions such as (this is a real question):

“Last Shabbos the leg on my daughter’s doll fell off. Can I put it back on Shabbos?”

Wait. You waited until the next Shabbos to ask me?

Some other questions in the book are:

“I left the dry cleaning in the car. Is there any way I can get it out?” (Answer: Maybe do it with a shinui, such as by smashing the window. That way the light won’t turn on.)

“I was hoping to make kiddush in the yard, but my wife said no. Why not?” (Answer: Why are you asking me before you ask your wife?)

“When there’s a kiddush in shul, Chaim is never hungry for lunch. What should I tell him?” (Answer: Tell him to daven hashkama.)

“Avi had a tantrum last Friday night. He likes chicken soup but hates carrots. By accident I put a carrot in his soup, and nobody knew what to do.” (Answer: I have no idea. For some reason this situation doesn’t come up in the Gemara, where someone gets to not like a food and everyone’s wondering how best to throw it out. Parent your kid. Sounds like Avi needs to go to bed after kiddush and challah.)

“I was handing out a tray of assorted meats on Shabbos and one guest surprised me by ignoring the fork and taking his pieces by hand. He said you can’t use an implement because of borer. Is he right?” (Answer: It sounds like he’s making excuses. This is men’s Hilchos Shabbos 101. Pass him the cholent and see what he does.)

(Those answers are mine, by the way. Don’t take them as halacha. If these situations come up, ask your local rabbi. Or your local wife.)

And then there’s my favorite honest question: “My son knocked over the Shabbos candles and the tablecloth caught fire. What should I have done?” 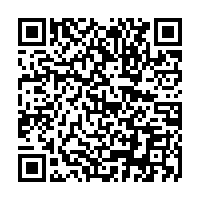