After graduating high school in 1971, I was faced with a difficult decision. Since I grew up in Philadelphia I had known only about Conservative Judaism. My home was kosher, my parents were active members in the Men’s Club and Sisterhood of the West Oak Lane Jewish Community Center, but I had never seen a mechitzah or a bimah in the middle of a shul. In addition, I had been to many Conservative shuls where the organ was played on Shabbat, never dreaming that there was any problem.

By the end of my high school years, I had started becoming religious on my own, and I was searching for a place where I could grow in learning, and after visiting both Yeshiva University and the Jewish Theological Seminary, I decided on YU as my choice.

The adjustment to Orthodox life was not an easy one, but I was slowly getting used to a new way of doing things. I was learning Chumash from a master teacher, Rabbi Morris Besdin, z”l, as well as Jewish law and mishnah, and for the very first time, I began learning Talmud with Rabbi Shlomo Riskin.

Not only was Rabbi Riskin our Gemara rebbe, but he also gave a Jewish philosophy class during the lunch break. During the course of the year, every single student in his class was invited to his home in Manhattan for a Shabbat experience. We stayed at a small hotel near Lincoln Square Synagogue, and we ate two of the meals at his house. I still remember walking into his apartment and wondering where we were going to eat – the house was more like a public library with thousands of volumes on bookshelves. However, thanks to his wife, Harabbanit Vicky, we ate well – very well – and in the morning we were mesmerized by our rebbe’s drasha, that he said with a great deal of passion and love for Torah. It was this passion and love that I had been looking for in my life.

My family made aliyah in 1982 to Beer Sheva, and starting the following year I began working for the Jewish Agency, as the rabbi of the absorption centers of the southern region. It was at the same time that Rabbi Riskin left his shul and moved to Efrat, where we have lived since 1992. After arriving in Efrat, my connection with my rebbe resumed, but would soon take on a totally different dimension.

We got to know him through our children, as his custom is to meet with every single bar and bat mitzvah, young man and woman, including our own. Additionally, twice a year I would go to his shul to hear the Shabbat Hagadol and Shabbat Teshuvah derashot. The years had passed, but Rabbi Riskin’s oratorical abilities and passion for Torah had not waned.

In 1999, I was teaching a special education class in Yeshivat Netiv Meir, and before Pesach my wife went to visit her father in the States. I was doing my best to watch the family, and keep everyone out of harm’s way. The day before my wife was due home, I was hospitalized overnight for what seemed to be a terrible stomach virus, along with other complications. Fortunately, I was “rescued” by my sister-in-law and brother-in-law, and brought home. While not feeling any better, I was hoping that my health would soon improve. Still, after a few more days, my condition only worsened, and by Sunday I was admitted to Shaarei Zedek hospital, totally dehydrated and still suffering from severe stomach pain. Finally, and fortunately I was diagnosed not with a virus, but rather with a bacterial infection that they called, bacterial endocarditis. It’s a staff infection that is often lethal. Wednesday I was scheduled for open-heart surgery to repair a valve in my heart, in the hope that the infection would not spread further. 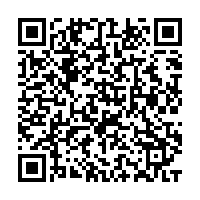