My weekday coat is really warm, whereas my Shabbos coat is not. Sure, it goes down past my knees, but it has no hood and no cords you can pull, and even when it’s closed, the neck hole extends down to my belly button. What makes this one the Shabbos coat?

The simple answer is that it looks good. With a hood, you don’t really look presentable on Shabbos; you look like a tight bundle of clothing with a nose sticking out. Whereas with your Shabbos coat, you look more presentable, except for that moment before you leave shul when you hold down your scarf with your chin while you put on your coat in the crowded coatroom and try to keep up a conversation.

The Shabbos coats themselves look good, though. Whenever you see, for example, Donald Trump standing out in the cold, you don’t see him in a parka with a hood on and the cords pulled all the way out. You can’t really mean business with your coat zipped up to your nose.

On the other hand, he doesn’t need such a warm coat, because he never has to walk anywhere or wait for a ride. His needs call for the kind of coat whose bottom can be seen blowing in the wind from his helicopter. It’s a really cool effect. You don’t really get the same effect with a hood flopping in the wind.

The whole thing seems silly, though. As an adult, we spend way more time outside on Shabbos, because we have to walk to shul. During the week, if it’s cold enough, we just get in the car. Yet during the week, we have a coat that zips from the bottom, whereas on Shabbos, we have three comically large buttons that have absolutely zero interest in staying on the coat.

On the other hand, a long coat isn’t really practical during the week. You can’t drive in it. When you’re sitting on the lower half of the coat, you have no arm flexibility. Also, if you want to get something from your pants pocket, you have to snake your arm below the bottom of the coat, which ends around your shin, and then back up to your waist, and down again into your pants, all while the person you’re retrieving something for stands there awkwardly, like, “Do you need help?” So it’s better to wear it on a day when you have nothing in your pockets.

And speaking of having nothing in your pockets, a lot of people live in places that don’t have an eruv, or else they don’t hold of it, so they wear their tallis home under their coat. And yes, it does stick out a little in the back. But it would look ridiculous in a coat that only goes down to your waist.

Why does absolutely everything we buy have to come in such a huge box? Did I order air from Minnesota? I did not.

The easy answer is that this company doesn’t make boxes; they make items. They have to order the boxes, and they get better rates for ordering more of the same size. And, as it turns out, most packages fall between box sizes. So what should they do? Go the next size down or the next size up? So they go the next size up. Sometimes, to be safe, they go two or three sizes up.

Also, they want to protect the item. The bigger the box, the more likely it is to get dropped, and the bigger the box has to be, until you’re getting a Bluetooth earpiece in a box the size of a phone booth. That’s pretty ironic.

Another reason they send big boxes is so the kids have something to play with.

For example, last week my wife had to buy a nail gun. You know how it is; sometimes you just need a nail gun. So she found a huge set of three nail guns, which sounds like a recipe for disaster. It came with a compressor, which is a tank that fills with air (like an oxygen tank) and helps you fire the nails. I’m terrified that we’re going to fire a nail into the compressor. It was expensive, but it was a good price per nail gun, I guess. So we got three. We also have three little boys.

The set came in a huge box – about 2 ½ feet by 2 feet by a foot and a half. All three boys wanted it, each for a different reason.

Our 5-year-old, Gedalyah, likes hiding in the box and popping out and giving people heart attacks. Our 10-year-old, Daniel, likes to practice jumping over it. And our 9-year-old, Heshy, wants to live in it – like a homeless person, apparently. He’s a middle child, and he really, really wants his own space. He spent all weekend reading books in it, playing in it, and he even curled up and slept in it, which made my neck hurt just thinking about it.

And they spend most of the day fighting over this box. Each one is afraid that if he walks away, the others will take it. Heshy actually pulled the box up to the Shabbos table and ate lunch in it.

I suppose they could use the box at the same time, but it’s probably pretty terrifying for my nine-year-old to try to sleep in it with my ten-year-old jumping over it. He doesn’t always clear the top of the box.

My point is, we have 3 nail guns and three boys. What’s to stop them from playing with the nail guns? The box, that’s what. The kids haven’t even noticed the guns yet. They’re considerably smaller than the box.

How do I prevent my Smartphone from breaking the first time I drop it?

Stop dropping it. Or carry it around in a very big box. That’s how they got it to your house without breaking it, right? Of course, every time the phone rings, you’re going to have to get out a box cutter, cut the tape, dig through the peanuts and find your phone.

“Sorry, I was getting my phone out of the package.”

But seriously, don’t take your phone out of the box. These things break so easily.

Remember the famous video of the first person to get an iPhone 6? He spent days sleeping outside the Apple Store in a box, and when he finally got the very first phone, on video, he took it out of the box, and, in front of hundreds of jealous onlookers, dropped it on the sidewalk. He never even got to hold it. All I’m saying is that he should have kept it in the box.

And yes, these phones are boasting heavy-duty glass. But it turns out that heavy-duty glass is heavy. If you drop the phone, it’s going to land glass-side down. And it can break at any time, especially while you’re taking it out of your pocket to answer it, in a rush, because you have to reach down to your shin and then up and then down into your pocket. (Or you can reach between the three huge buttons. Chances are there’s only two by this point anyway.)

I recently heard that Apple is developing technology that will help the iPhone realize when it’s falling – like that it’s moving too fast all of a sudden – and will shift the phone’s center of gravity in midair so that it lands right side up. Provided you drop it from high enough. Like a cat! Apparently, they’re putting tiny cats inside the iPhone, probably through the Internet. Hence all the cats.

But they should definitely put this technology into other things that people drop, like babies. And toast. And bulk packages.

Have a question for “You’re Asking Me?” Send it to me in a really big box. I can still use two more. 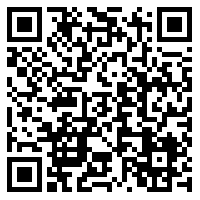