Welcome back to “You’re Asking Me?” where we attempt to answer questions sent in by people who fortunately have fake names, so they won’t be embarrassed. I don’t know how they got through school, though.


My husband has no idea what he’s doing when he’s buying flowers. What do I do about that?

Buy them yourself. I don’t know who came up with the idea that flowers are the kind of thing a person can’t buy for themselves. It’s not like pouring wine on Pesach.

I don’t mean to be insensitive here. It’s one thing if it’s your anniversary, or if he’s sorry. Or both. But for Shavuos? It’s flowers! Who cares who buys them?

Guys don’t think in terms of flowers. I once actually bought flowers for my wife on her birthday, which is on Pesach, and I was all proud of myself until she told me that we don’t actually have any Pesach vases. It hadn’t even occurred to me that we’d need a vase. So I had to go out and buy one, even though I’d already bought her something.

The way I see it, buying flowers is like buying fruit. You buy fruit, and if you don’t eat it right away, by the time you remember you have it, it’s gone bad. With flowers, there’s no good time you can eat it. All you do is wait for it to go bad. I’d rather get her a bowl of fruit.

So trust me, even if he buys you flowers and you replace them with an entirely different bouquet that does not look anything like the one he bought you, he won’t notice. He’ll just assume that anything that seems different is something you did when you took them into the kitchen and cut off the bottoms.

I’m not saying guys are insensitive, though. While you’re fretting about flowers, he’s probably out getting you some nice cheese.

I’m looking for a good dvar Torah to say at the Yom Tov meal. Something Shavuos-related.

I hear you. Your wife especially wants you to say a vort at the meal. It’s the least you can do after making her buy her own flowers.

She figures that you had all night, the least you could have done is come up with a dvar Torah. As if: A. you remember anything you learned at 4 in the morning, and B. everything you learn can be broken into neat 2-minute chunks that you can say at the table, out of context, to your wife and kids.

“So is everyone here familiar with Eruvin? Good.”

Not everything can be wrapped into a neat little bow with a question and an answer that takes something you already knew and puts a new spin on it that changes everything.

I don’t have a vort. I just woke up. To the kids saying, “Mommy says that if you don’t get up, she’s making kiddush herself.”

But here’s a news flash: All divrei Torah are Shavuos related. Hope that helps.

I want to buy more than one type of fancy cheese for Shavuos, but I don’t know how to request it at my store’s cheese counter. What’s the plural of “cheese”? I thought I knew, but the word I have in mind can very easily be misheard as a totally different word that is frankly, highly inappropriate to Shavuos. What do I do? 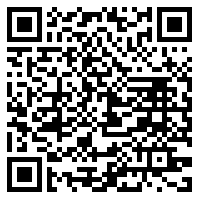