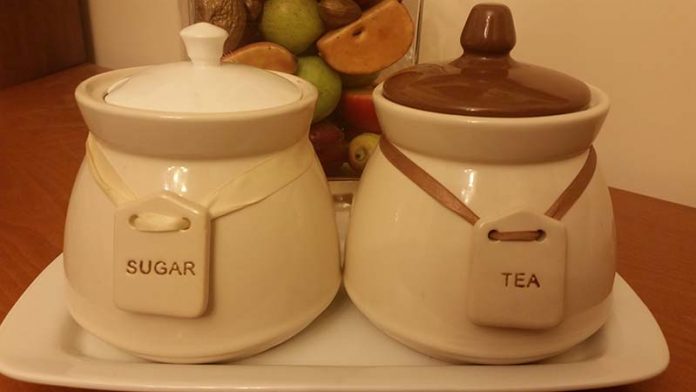 Long winter nights and short, cold rainy days comprise the Hebrew month of Tevet. A month of candles, a full eight days of Chanukah candles that burn brightly on the last night of Chanukah, at the start of Tevet. A reminder of candles yet to be lit as the month and years progress. The tenth of Tevet was the fast day my father-in-law z”l held as a day to recite the mourner’s Kaddish for his parents and brother, during the many years after the Holocaust when he didn’t know the exact date of their fate, when he didn’t know when or how they were murdered by the Nazis.

Years later, in 1972, when my father-in-law made aliyah, he was invited to a gathering of former townsfolk of Rietava, the Lithuanian town where he was born and raised, and his parents lived. Landsleit of the town assembled every year on the 19th of Tammuz, the day the men were taken out to the forest after they had been starved and beaten, the day they were shot into the pits they were forced to dig. The women were murdered about a month later. He listened to the tale of a woman who played dead under a pile of bodies. She was the survivor who told the story.

The tenth day of the tenth month, Tevet, was the day the Babylonian Emperor Nevuchadnezer laid siege to Yerushalayim. It was the beginning of the end of Shlomo HaMelech’s Beit HaMikdash. It is a fast day that is still observed, along with the 17th of Tammuz, the day the walls around Yerushalayim were breached, and three weeks later, Tisha B’Av, the day of destruction of the Beit HaMikdash. These three fast days will be abolished with the arrival of Moshiach whom we await daily.

Euphoria reigned in Israel the summer of 1967. I was certain Moshiach was on his way; it couldn’t be otherwise. Israel had won a glorious victory over three Arab militias and expanded her territory to include all of Judaism’s holy sites. Am Yisrael would be at the Kotel for the first time since the State of Israel had been inaugurated. We were a nation about to shed our mourner’s garments. Electricity seemed to fill the air in preparation for that Tisha B’Av. I dressed in my Shabbat best. A green satin turban covered my head to match the garment I would wear to greet Moshiach. We stopped at my parents’ apartment to pick up my sister, who was visiting for the first time. My mother would remain at home with her ailing father, and my father would hear Eicha in his shul in Shaarei Chessed.

“Where do you think you’re going dressed like that?” my father asked brazenly, while everyone at the table stared at me in disbelief.

“To the Kotel! Moshiach is coming tonight, and I am going to greet him dressed for the occasion.” They thought I had gone mad.

On the 12th of Tevet, six months after that Tisha B’Av in 1967, my grandfather passed away. He was brought to kevura on motzai Shabbat Parshat Vayechi. Hours later, a three-day Jerusalem wind and rainstorm turned into a massive snowstorm that felled trees and cut electricity. The massive storm held Jerusalemites under siege for an entire week.

Still, Tevet is not only a month of tea and toast for our family. It harbors honey and jam, sweet days, birthdays that, Baruch Hashem, are celebrated every year. Our two sons were born in Tevet and both celebrated their bar mitzvah on Shabbat Parshat Vayechi, the Shabbat on which my grandfather had passed away years earlier.

Last year, we skipped the honey and jam Tevet celebrations. I lit the silver chanukiya that my grandfather had given us 57 years earlier during the week of Parshat Lech Lecha, on the day in 1960 that my husband and I boarded the flight to Israel. After lighting, I davened while staring into the dancing flames, begging Hashem for a miracle, pleading that my husband should wake from the coma he had collapsed into. But Hakadosh Baruch Hu didn’t answer my prayers. Sometimes we are forced to swallow dry toast and wash it down with plain tea.

My nephew, Chaim Schnell zt”l, passed away this year on the 2nd of Kislev. He didn’t make it to Tevet. He didn’t make it to light Chanukah candles this year. Chaim was a tzaddik, a man who spent the better part of his life suffering from Rheumatoid Arthritis, suffering pain in silence, all the while performing mitzvot, always a happy man, connected to and loved by every member of a huge extended family, and every member of his community. Chaim was our “bionic man,” a title we kidded about, as so many body parts were replaced in successive surgeries with metal. Ironically, he was the pillar of support for those in need, spreading jam on everyone’s toast.

On the 15th of Tevet, our family will meet to reminisce, to learn, and to make a siyum, closure for a year of mourning. My sons have not missed a Kaddish for their father through a year that started tearfully, sorrow that mixed with the joy of britot, a wedding, and bar mitzvah celebrations for our grand and great-grandsons.

So when that long, cold night rolls around again, I will light a candle, boil water, toast a piece of bread, and wait to break-fast, to spread honey and jam in anticipation of Moshiach.