I have to admit it. I was scared. And I don’t get scared. Or at least I don’t like to advertise when I do. But the wording of the e-mail from the U.S. State Department was so… harsh. Violent armed robberies are on the rise in Peru. These crimes…are common in Lima and other large cities. U.S. citizens traveling alone should be especially careful to avoid situations in which they are vulnerable due to impaired judgment or isolation.

In just three days I was going to be a U.S. citizen traveling alone to this apparent hotbed of crime called Peru, starting out in big, bad Lima. And if I wasn’t already freaked out enough by the State Department’s e-mail, I had a whole slew of pointers coming at me from other directions. Keep your camera strap wrapped tightly around your wrist, carry a decoy wallet, and never take your passport out of your hotel’s safe, were just some of the warnings I was given.Apparently Peru was a land devoid of morals, and I was beginning to wonder why I was going.


Of course I knew why I was going. I had several weeks off from grad school and was going to spend part of them volunteering at a wild animal sanctuary just outside Cusco. I couldn’t wait to get up close and personal with Andean condors, pumas, llamas and all sorts of other animals you don’t see every day in Brooklyn. That is, if I made it from my host family’s home to the sanctuary in one piece…

As it turns out, during the two-and-a-half weeks I spent in Peru I never once got the impression that someone wanted to harm me. But I did get the surprise of a lifetime.

There is a flip side to the menacing image of Peru, and it can easily be seen by hopping on a local bus in Cusco. But first we should probably be more specific about the word “bus.” Get that image of an MTA bus out of your head. Egged bus? Not even close. These types of buses do exist in certain areas of Peru, but they just cost too much for the average person in this poverty-stricken nation. Instead, combis, rickety vehicles caught in a gawky stage between van and bus, zip through the streets at mach speed, transporting passengers for around 25 cents.

And there is almost never enough space. The seats always seem to fill up immediately, and the driver- and his assistant who handles fares/announces stops/attracts potential passengers by screaming out the names of upcoming destinations- have no problem packing in people like sardines. Sometimes it seems worth walking the extra twenty minutes in the rain to save yourself the ordeal of riding a combi. But sometimes it’s worth being squished between someone’s armpit and the window of the combi just to have a refresher course in human kindness.

Those of us who are products of a yeshiva education have the words mipnei seiva takum ingrained in our minds. We rise from our seats when a rabbi ascends to the podium, we stand as a principal enters the classroom and we offer our seats to elderly people on the bus. Or at least we know we’re supposed to. Sometimes we look around the bus first, hoping someone else will give up their seat, because after having been on one’s feet all day who really wants to stand for another half hour?

But that doesn’t seem to be a problem in Peru. The moment an elderly woman boards the bus, her back hunched under the weight of a colorful blanket bulging with goods to sell, young people spring out of their seats. They don’t ask themselves, will someone get up first? They tell themselves, I am going to get up first. 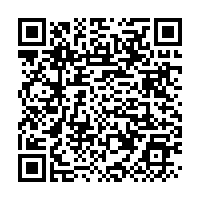