I’m driving down Lexington, smirking to myself at having evaded the avenues with either traffic lights or traffic. The only snag here is a four way stop just before the library. I can handle that one. It’s usually fast.

And then I’m slowing down, cause the car in front of me is slowing, and I see a bunch of cars stopped coming towards me, and there’s a crossing guard in the intersection.  What’s a crossing guard doing in the intersection? Groan. Must be some kind of… I don’t know. Oh. Maybe even a bein hasedarim thing. Cool. Except that it means that I have to wait. Not that I’m in any sort of particular huge rush, but it particularly irks me to be sneakily stuck in a place where I’m not supposed to be stuck. Unfair.

I wait, and I sigh, and I wait, comforted at least with the knowledge that it’s not my fault, because I could not have known this would happen… and plus, I am the first car waiting, and there is something distinctly preventative to frustration about being the first car waiting. I may be waiting, but I know I’m almost going.

And then it looks clear, and I think she’s about to wave me through, and here comes an older man, about to cross the street in front of me. And of course she gives that tiny flick at me to wait, and waves at him to cross.

As the cars running parallel to him roll merrily along, I watch this man cross the street. He has a grey-white messy beard, a cap pulled low, and a face buried in his chest. Sixtyish, well built, non-Jewish or secular. He walks with a hurried, stooped gait. His clothes are, well… forget it. I’ll just say it the way it is. You know how they look. Those people. The ones that hang out at the library, or in certain sections of town, walking, talking…   There he goes, talking to himself out loud, calling out loudly something which I can’t decipher.

I wonder what medication he’s on. Nah, why medication? Maybe it’s drugs. Or maybe he’s just like that. I don’t know. What makes people like that? I wonder. Is it something they’re born with, or does it, like, just happen? Sad. Does he, like, think? Does he know what’s going on? Or is he, like, totally in dreamland?

And again, I wonder… what medication is he on? Zombie. Whatever. One of those.

He’s almost on the other side of the street when another man comes hurrying along the sidewalk towards him. Black suit, white shirt, dark beard, hat, and tzitzis swinging, he’s running to catch the intersection before the window of “crossing time” ends.

Head down, jogging gait, he’s almost at the intersection, when he lifts his hand, and, without breaking stride, calls out loudly in a friendly voice, “Hi, Steve!”

It’s the voice of casual familiarity, that which says, “I know you, and you know me, and I don’t have to stop for a formal greeting, because we’re friends, and you know I’m running to catch the light, and we’ll see each other tomorrow again, probably, anyway. See ya, friend!”

The man with the old sneakers and white beard and head bent against his chest raises his hand and calls out a cheerful response which I cannot decipher. The yungerman jogs on into the street, reaches the curb, and continues on at a hurried but more dignified pace.

And I am stuck at the stop sign, not waiting anymore, because I can sit here for a thousand years, and just think, and feel, and smile. 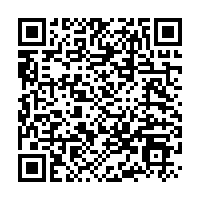