First of all, I chose to write the headline in Hebrew, because otherwise its meaning would have been lost.

I wrote the following lines while I was in Poland, after I had visited the Majdanek concentration and extermination camp.


We walked into the gas chambers and stood in a circle, our arms around each other. We were wrapped in Israeli flags, and sang songs like: “אוחילה לאל” and “אנא בכח.” While everyone stood and sang, I stood there silently; I couldn’t understand how they could sing in a bloody place like this. I stopped and thought about the people who stood here 70 years ago, I thought about the thoughts that had run in their heads. The first thought that came to my mind was: “I’m going to die, however I’m a part of a nation, therefore even though I’m going to die, I hope I – my nation – am going to win this thing.”

Immediately, the words from Lecha Dodi popped in to my head:

I realized that I am an integral part of that man who wished to win – I am also a part of a nation; I felt like I was standing there and shouting, “I won.”

I began to sing along with everyone, and I realized we were showing our respects to the heroes. 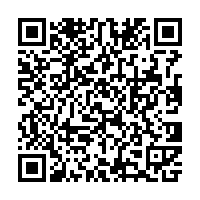