When I lost my grandmother two years ago, I was haunted by the image of her body. There is little that can shock a person more than seeing a dead body, especially knowing that someday, you yourself will be a lifeless lump of flesh. It becomes shockingly clear that you have a one hundred percent chance of mortality. As much as I believe the world revolves around me, one day, after a hundred and twenty years with some luck, the sun will rise and I will not be there.

I try not to dwell on that too much, as it can become a bit crippling. Instead I try to affirm life wherever I go. I walk through the beauty of the world, enjoy its splendors and try to take joy in as much as possible. I make sure to smile as much as possible and I enjoy the blessings of friendship and family. But although one of my favorite things to do is go to museums, I simply will not attend the Bodies exhibit.


For those unaware, the Bodies exhibit is a series of actual preserved bodies, put on display. The exhibit is arranged to show the basic body functions. This is achieved by dissection to carefully show what is beneath the skin. Although it is said the cadavers were donated to science, it has been theorized that some were obtained by illegal means.

So, why is it so popular? For many, it’s a stark reminder to make every moment count. Since we are all headed to death, let’s take a moment to see it so we can remember our time is shockingly limited. For others, it’s a fascinating look into the wonders of the human body. For a lot of people, it’s just something cool to do. To paraphrase Natalie Merchant, see death in its eyes to know you’re alive.

Yet, for me, it’s an affirmation of death in the most brutal fashion. It’s treating a human being like an object, to be admired and critiqued. What Bereishit terms “the image of God” has become a piece of meat in the marketplace. It frightens me that the reverence and respect for the dead, a fairly universal concept to all ancient cultures, is being ignored.

Some argue that it says a lot about society where seeing dead bodies counts as entertainment. In medieval times, public executions were the norm and the bodies were left to rot. I understand that is a bit of hyperbole. A wise friend of mine who visited it said it was more scientific and less gory. She pointed out that knowing about the human body can save lives and that it’s an important part of education.

Of course, I have no objections to medical students who study cadavers to save lives. There is no higher value than saving a life. Still, it disturbs me on a Jewish level for bodies to be used for mere entertainment.

The importance of death customs has been ingrained in me since birth. When I served as a shomeret for my grandmother, I was instructed not to eat, drink or perform a mitzvah in the same room. In the shock of death, it seemed rather inane to be told it would be considered mocking the dead. My grandmother was gone; she couldn’t do those things because she didn’t exist anymore, a fact that still makes me tear up.

My incredible father is a Kohen and I grew up learning through osmosis about his birth duty to a culture of life. Because my father is entrusted with the service of purity, he cannot become impure through death. He cannot walk into graveyards and he is counseled to avoid the medical profession.

Unlike the ancient Egyptian priests, whose culture sanctified death; those who served in the Beit HaMikdash were expected to keep away from it. That is not to say we are told to fear death, but we are to concentrate on living today, on making our lives as rich and meaningful as possible. In the Torah, we are described as choosing life. 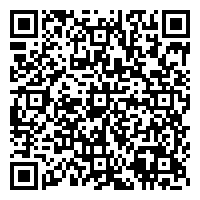