You’ve gotta settle, stop being so choosy, it’s a boy’s world after all
And you’re just one of the millions who think their worth something, have the gall.
You’ve got to start looking better, so that you’ll be noticed when you walk through town
And perhaps you can lose a few pounds too, so we can pull your resume dress size down.

‘Tis a boys market, you know, so stop being such a case
Fess up and accept the reality that you’re being forced to face.
You can’t just tell a shadchan “no” because the guy’s very bummy
For it’s the reality that all girls are gold while all the guys are crummy.

Shadchan after shadchan tells you this, their words sting like an open wound
Your hopes of ever finding Mr. Right for you, suddenly shattered and ruined.
Their conversations were so similar, that they all seem like one big blur
And the sad reality is that your parents seem to side with him or her.

It’s a boy’s world you know, and girls come a dozen a dime
So you have to be on your best behavior, always and graduate college on time.
You have to do everything right, from high school, to work-life to sem
You always have to look great at weddings and portray yourself as a gem.

Yet he can do as he wishes and pleases, and nobody says a peep
He can sit around and klutz all day, and arise at 12p.m. after sleep.
He can flunk out of school and take his time with things, because there’s simply no rush for guys
Despite how completely messed up he turns out to be, they’ll be flocking to him like flies.

Because it’s just a boy’s world you know, so he can act like a jerk
Date hundreds of women and live it up, and then dump them for every quirk.
He can still be warming the bench in yeshiva, and so what if he’s 24?
There will somehow still be a million girls lined up, knocking on his door.

Hang out in the coffee room till 12 a.m. comparing Chock-full to Nescafe
Daven three times without a minyan and not go to shul all day.
He’s few and far between, you know, so why should he bother to try?
He’ll be easy to marry off anyway for his chromosome is XY.

It’s a boy’s world, so I better get used to it, for I’m a mere commodity
Valued by how many thousands my parents will give if he so chooses to marry me.
Perhaps I may be a top girl, but I’m defective merchandise nonetheless
Simply because I’m not wearing pants, but instead put on a skirt or a dress.

So what if I’m pretty and fun to be around, so what if I’m in Columbia law?
So what if I come from the most charming family and can make the prettiest cakes you ever saw.
So what if I have the best track record, while his is far less than great?
He’s one of those hard-to-find yeshiva bochurim, so I better accept the date.

So what if he appears to be obnoxious, wants to marry a slave to him, get a free ride
So what if his ego’s humongous, and nothing can ever shatter his pride.
So what if he looks like a monkey, and is 4’11 and rates a Tanner II
So what if he takes his life easy and parties, as though he’s got nothing better to do. 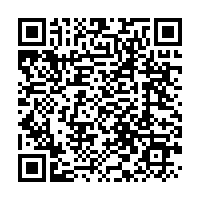