Poor old Latin! Its offspring has forgotten it and left it to decay in the pages of history; it waits for someone to reintroduce it into the world.

Latin is a language fused with culture, literature and intricate grammatical instruction. It’s a language we use daily, whether we realize it or not, because at least 60% of the English language is derived from it. Studying Latin will not only enhance our knowledge of English, but will also give us the ability to grasp other languages quicker because it is the mother language of Spanish, French, and Italian. So, a lot of words in the different languages have a correlation between them. For example: the Latin word for father is pater. Think of how many words in English have that same root: patriarch and paternal, and in Spanish and Italian, padre.


The task of studying Latin may not be a worthy endeavor to most of the population, but for those who plan on going into medicine or law it may not be such a bad idea. The Romans excelled in the arts of law and government, and it is from them that we derive our political and legal language. Words like subpoena and veto have their origin in Latin. In addition, most of the terminology we use in medicine is acquired from Latin, ranging from the names of the bones and muscles, to the diseases that infiltrate them.

Some countries have taken the initiative and introduced Latin into their curriculum. In Canada and France, Latin is a high school elective – as it is in some parts of the United States as well. Susan Wallaby who had the privilege of studying Latin in high school has said, “I studied Latin for two years in high school and then four years of Spanish. Spanish was easy after Latin. Not only did it help with Spanish, but medical school was also much easier.”

Why isn’t the study of Latin more popular? One of the main objections to its study is the feeling that it‘s a waste to spend time on what is categorized as a dead language. That may be true, and learning a modern language – as opposed to Latin – does enhance one’s outlook on the world. Yet, that doesn’t mean Latin shouldn’t be offered to those interested in studying it.

Latin was once one of the most widely-spoken languages, and hopefully it will be able to regain some of its popularity. Yet, the question still remains – will Latin seize the day or will it be branded into the dusty pages of history? 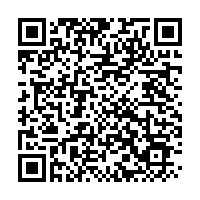