I always knew I wanted to be perfect, but it wasn’t until my seminary year that I decided I wanted to be publicly perfect. It was at that point in my life that the imagery of me as a public figure and a rebbetzin was born. I was all of 18 years old, but in my mind’s eye I envisioned myself the way I was to be a decade or so down the line. (Yeah, I wasn’t planning on waiting that long to actualize my dream. So I’d be a young rebbetzin. Nu, nu.) I saw myself standing on stage speaking powerfully to a large audience listening with rapt attention to my words of wisdom. Another scene had me serving a beautiful meal to young women who had come to spend Shabbos with me. I saw myself in a scene of kindness, dispensing advice and listening attentively to their tales and concerns.


But as the months and years passed, I began to get frustrated. My image of myself as a rebbetzin was as sharp as ever – and yet the rebbetzin in me seemed oh so far from making her appearance. I wasn’t a rebbetzin yet and I had a long way in getting there.

I tried to speed up the process by acting like the person in my dreams. Maybe then the gap between my reality and that of my older self would somehow come together. Maybe, I hoped.

So, for some time, I tried to act like a rebbetzin. Perhaps I played the part well because some people did indeed see me as such. Somehow though, I wasn’t satisfied. Something was missing; I didn’t feel like the person in my mind.

I began to get really annoyed at myself. I was uptight and disappointed. I think others could sense it because I got one or two comments from rabbis and rebbetzins (how did they get there?! I wondered.): “Relax!” they’d tell me. “Just live in the moment and enjoy life! You’re super! Just continue to be your wonderful self. Do your best, and that’s it! You don’t have to be perfect.”

It took lots of those lines repeated over the course of …okay, I’ll admit it: a good few years…but slowly but surely I let myself relax. It wasn’t easy. I fought with myself constantly, giving myself speeches about how as a frum girl I must never fully relax. But despite myself, I relaxed. And sadly, I gave in and gave up; I wasn’t going to be perfect. I wasn’t going to change the world.

And then one day it happened. I was attending a meeting with a handful of other women and girls. One girl who was sitting to my left – I’ll call her Simi – looked a bit uptight. At the conclusion of the meeting I exchanged a few words with her, but she needed to take care of something so she excused herself from the conversation soon after. I left the building to head home, but really, I wanted to finish the conversation and say a proper good bye. I enjoyed the girl’s company and I thought I’d ask her for her number so we could spend some time chatting when it wasn’t so late at night. I figured she’d only be a few minutes longer, so I hung around outside and waited for her. She emerged a few minutes later.

“You waited for me,” she commented, a bit surprised.

“Yeah,” I said, somewhat shyly. “How’re you getting home?” I asked. “What train are you taking?” I was hoping she’s say the D train or some other train that runs along that track because that’s where I was headed. Then we’d be able to walk together to the train and spend some more time conversing. But it turned out that the girl was headed for a different train, one that stopped right at the corner of where we were. So almost as soon as I said hello again, I found myself saying good bye. Simi turned to me and gave me a good bye hug. 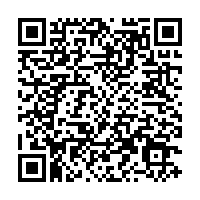