Rebbetzin Meir is one of the most popular media personalities in Israel today and is well respected across the religious-secular spectrum.

Is she primarily a rebbetzin or a journalist?


A primetime anchor on Channel 2 News, Rebbetzin Meir, 44, is a tall, attractive young woman with an iconic headband wig who has a column in Israel’s largest newspaper, Yediot Aharonot, and a weekly radio show on Galei Tzahal (Army Radio). She has a tremendous following on social media for her Torah-infused, family-centered insights into Jewish life and tradition. Her Torah lectures in Tel Aviv and Jerusalem attract over one thousand people every week!

Who is this amazing Jewish woman?

Originally from a secular Israeli family, Sivan Rahav became observant during her teens. Amazingly, unlike other teens who have a tendency to focus on trivialities, Sivan turned her attention to Judaism. She began to study scholarly Judaic texts and, as a result, grew increasingly observant of Jewish law.

The brilliant teenager graduated from high school at 16, and by the time she entered the army at 18, she had a bachelor’s degree in political science from Tel Aviv University. In the army, she served as a reporter for Galei Tzahal.

She met her husband, Yedidya Meir, an Orthodox reporter on religious affairs for the IDF newspaper Bamachane, at a party hosted by a mutual friend. A seemingly unusual shidduch, the Meirs proved to be a positive force: they have become a religious media power couple in Israel.

Yedidya Meir, known for his sharp wit, is tall and light-haired, bearded and, in the white-and-black suit uniform of the Haredi community, hosts a morning show on Kol Chai radio from his home studio, while writing for the religious nationalist newspaper B’Sheva.

“We are always together,” Sivan said in a recent interview. “Even on social media. I think that’s really important for couples – whatever we want to post on social media, we clear it with one another first. Yedidya joins me for my biggest Channel 2 scoops and exclusives; he films the interviews often. He helps me redefine myself, asks me the tough questions: ‘Is this news story truly important? Why does it matter if it’s exclusive to you, if you get it first? So what?’”

Living in Jerusalem with five children, the couple spread the good news about learning Torah and Judaism. 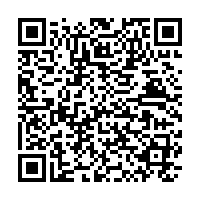