Prior to the summer, Jewish tennis had been characterized by the men who performed well on the big stages, including Dudi Sela, Canadian Jesse Levine, Amir Weintraub and doubles stars Jonathan Erlich and Andy Ram.

Now Shahar Peer has some new company as the leading Jewish female player. Italian Camila Giorgi went into the 2013 U.S. Open having outlasted former World Number 1 Caroline Wozniacki of Denmark at Wimbledon. Not only did she do it again; Giorgi shocked the world in upsetting the sixth-seeded Dane in three tight sets with overpowering groundstrokes and mental resolve.


Falling in the fourth round against eventual quarterfinalist and countrywoman Roberta Vinci, Giorgi was among the final 16 players in the tournament. Likely to take over the label as highest ranked female Jewish tennis player when the next ratings come out, Camila won six matches in total, becoming the last survivor from the qualifying rounds.

In the intimate setting of Court 10 at the USTA National Tennis Center, Israeli Julia Glushko found herself locked in an intense battle with former World Number 3 and Olympic medalist Nadia Petrova. In just over an hour, Glushko scored the upset over the 20th seed.

Multiple grand slam doubles champion Daniela Hantuchova was the Israeli’s third-round opponent, saving multiple match points to barely squeak by Glushko in a soccer-match like atmosphere. After faltering with a lead in the second set, Glushko showed great resolve in fighting to force a dramatic third set tiebreaker.

With their recent efforts, Giorgi has come close to her career high ranking and Glushko broke into the top 100 for the first time in her career.

Other Jewish players enjoying recent success include Sela, who reached the second round of the Open, Ram and Erlich, reaching the second round in doubles losing a heartbreaker, and longtime star Shahar Peer, taking the title in Suzhou prior to the U.S. Open.

Even with the end of the grand slam calendar, Jewish tennis aficionados still had a lot to look forward to with a very important matchup in the Davis Cup, the World Cup of tennis. On the weekend of September 12, the Israeli team, led by Sela, took on a strong Belgium team in the World Group Playoffs. With a spot in next year’s World Group on the line, each of the five matches was critical to Israel’s chances of playing against the powerhouses of the tennis world next year. including Serbia and the Czech Republic.

Captain Eyal Ran led the team against Belgium and its captain, Johan van Herck, in the away match at Lotto Arena in Antwerp. After dropping a tough first rubber with Israel’s number one, Dudi Sela, the team rebounded to take a lead in the tie. Amir Weintraub fought through a tough five-set marathon against Belgian Ruben Bemelmans, setting the stage for the doubles stars. Erlich and Ram aided the team in taking the 2 to 1 lead against the home squad.

After a break for Yom Kippur, the tie resumed on Sunday, with the Israeli team coming just short, dropping their final two matches to lose their World Group Playoff, falling back into Group One play in the Europe/Africa zone. 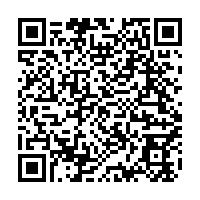