We are all well familiar with the dramatic last stand of the Jewish rebels on Masada against the Roman Legions after the destruction of the Second Bais HaMikdash.

But according to Josephus Flavious (Yosef ben Matityahu) a very similar drama took place on another isolated mountain in the very north of the country.


On the southern end of the Golan Heights stands an isolated hump backed mountain named Gamla. The name Gamla means camel and the mountain resembles an isolated camel’s hump surrounded by deep ravines on all sides. Gamla was a Jewish district town when the great revolt against Rome broke out in 66 CE.

One thousand four hundred years earlier, Moshe Rabbeinu conquered this land from Og the giant of Bashan. Two and a half tribes requested the lands to the east of the Jordan River for their inheritance and so a part of the tribe of Menashe settled on what is today the Golan Heights, or the Bashan.

When Yehoshua divided up the Promised Land amongst the tribes, cities of refuge to be used by people guilty of manslaughter were established on either side of the Jordan. Gamla may have been one of these Biblical cities of refuge.

Fast forward to the time of the Great Revolt and we find Gamla as a strategic point in the struggle. Not only was it an isolated walled town that received rebels and refugees from the advancing Roman armies, it was the headquarters of the rebels. It was geographically on the Northeast frontier and close to two possible threats to Rome.

First, the Parthian empire was not far from this frontier and it would be a perfect opportunity for them to weaken Roman rule on the international frontier – and aid the rebels. Second, there was the possibility that the very large and influential Jewish communities to the east of the Roman boundaries would come to their brothers’ aid.

For these reasons it was deemed necessary to make an example of Gamla at the very outset of the rebellion.

In the beginning, Gamla held well against the Romans. However, in a bold move the Romans managed to tunnel under one of the watch towers and undermined it so that it crumbled. They then rushed into the gap. Meanwhile, the Jewish fighters began pulling their families up the slope on the roofs towards the hump of the mountain.

Josephus describes how the Romans pursued them, when suddenly the extreme weight of the soldiers bunching together as they charged up caused the roofs to buckle and the soldiers fell into the buildings and down the slope. Panic broke out and in the thick of the night, with clouds of dust hindering their sight, the stunned Romans hacked at each other as they beat a hasty retreat out the walls.

But this was just a tactical victory. The Romans filled in the ravine and brought the entire army to the walls, not repeating their earlier mistakes. What happened next was inevitable. The Romans slowly made their way up the slope forcing the defenders to the summit as they formed a protective ring around their families at the very top. Rather than fall into the hands of the sadistic Romans they took their families by their hands and leaped to the depths of the ravine. One can guess what the last words were on their lips as they faced certain death… Shema Yisrael.

For almost two thousand years Gamla lie in ruins, her stones sharing their story with no one.

It was only after the miraculous Six Day War in 1967 that her sons returned. When Israel liberated the Golan from Syria, Israeli archaeologists were thrilled at the opportunity to explore and uncover. And uncover they did! Dozens of Jewish towns with synagogues and mikvaot. They even found Rabi Eliezer Hakapar’s study hall!

But the greatest find was the oldest synagogue in the world! And the story of the first brave stand against the Roman Empire was revealed by Professor Shmirayu Gutman, who I had the honor of speaking with as he uncovered the site in 1980. As he held up a coin found in Gamla which displays the word “redemption” and a vessel from the Temple, tears came to his eyes as he exclaimed, “Now I understand what all this sacrifice was for. It was not for Gamla alone but rather it was for the redemption.” The redemption of Jerusalem and the Jewish People. It was for this they gave their lives. 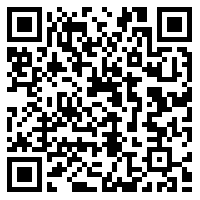