New Hampshire, also known as the Granite State, borders Massachusetts, Vermont, Maine and Quebec. It is a state with impressive mountains affording beautiful views, flowing rivers and magnificent waterfalls. New Hampshire is famous as a prime vacation area both in the summer and the winter. Although it is over a five-hour drive from most places in New York, there is a kosher hotel and several minyanim in the summertime.

The White Mountains, a mountain range that spans the north-central portion of New Hampshire, covers about a quarter of the state. As part of the Appalachian Mountains, they are considered the most rugged mountains in New England. The range is heavily visited due to its proximity to Boston and New York City.


Mount Washington is its most famous peak. At 6,288 feet, it is the highest mountain in the Northeastern United States. and home to the fastest winds (231 mph or 372 km/h, over 100 m/s, in 1934) measured on the surface of the earth. The upper reaches of Mount Washington claim the title of “worst weather on earth.” The primary summit building was designed to withstand 300 mph (480 km/h) winds; other structures are literally chained to the mountain. Mount Washington is one of a line of summits called the Presidential Range, many of which are named after U.S. presidents and other prominent Americans.

The most popular mountain hiking trail approach to the summit is via the Tuckerman Ravine Trail. It is 4.2 miles long, with an elevation gain of 4,280 feet. This path affords spectacular views of the ravine itself and across the notch to Wildcat Mountain. Anyone who can walk comfortably for about ten miles should be able to hike this on a pleasant summer’s day, but winter clothing is often needed for the last half mile to the summit where there is a museum, gift shop, observation area, and cafeteria.

Since 1869, the Mount Washington Cog Railway, a steam engine train, has pulled tourists up to the summit of Mount Washington using a Marsh rack system, the first successful rack railway in the country. The whistle of the engine has reassured many hikers in the cloudy mist that they are nearing the summit. There is also a possibility of driving a car up Mount Washington’s auto route.

The White Mountains is divided into sections, one famous section is known as Franconia Notch. There are many beautiful nature spots to visit in Franconia Notch State Park.

Cannon Mountain (formerly Profile Mountain) a 4,100-foot peak was home to the Old Man of the Mountain, a rock formation that resembled the craggy profile of a man, until it collapsed on May 3, 2003.The Old Man still remains the state symbol of New Hampshire. It is the parent mountain of three mountains, with heights of 3,693, 3,700, and 3,769 feet and is collectively known as “The Cannon Balls.”

Cannon Mountain and the surrounding base area are used year-round for a variety of recreational purposes including, skiing, hiking, and the Ariel Tramway. Cannon’s ski area is one of the oldest in North America. Trails had been cut on the mountain prior to 1933. There are also a number of non-sport related features which make it a popular tourist attraction. The aerial tramway operates year round, and in the summer is the only way up the mountain other than hiking. Though the lift terminates at the summit of the ski area, which is not the peak of the mountain itself, two hiking trails (the Cannon Mountain Short Trail and the Rim Trail) provide an approach to the summit. Once there visit the observation tower which provides a magnificent panoramic view of the region stretching as far as Maine, Vermont and even Canada.

There are a number of trails that run through Cannon Mountain and the surrounding region. Only one trail, the Kinsman Ridge Trail, can be taken uninterrupted from the trailhead to the summit. This trail begins in the Aerial Tramway parking lot and ascends the north face of the mountain.

The Flume Gorge located in Franconia Notch was discovered in 1808. This stunning natural wonder leaves its visitors spellbound as they stroll the path from the Visitors Center and back. The walk goes through towering moss-covered granite walls, past cascading waterfalls, historic covered bridges and glacial boulders. The Flume is a natural granite gorge extending 800 feet at the base of Mount Liberty while towering granite walls rise to a spectacular height of 90 feet. 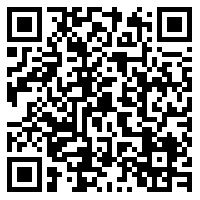