WARSAW — More than two decades in the making, the dream of Dr. Grazyna Pawlak of came to fruition this week as the presidents of Poland and Israel helped launch the formal opening of the Polin Museum of the History of Polish Jews.

Dr. Pawlak came up with the idea of the museum in the 1990s while working at the Jewish Historical Institute Association in Warsaw. “Poland is a lot more than the Holocaust,” she said. “People seem not to know about the rich history of Jews in Poland.”


The Polin Museum of the History of Polish Jews is designed to tell the whole thousand-year story of the Jews in Poland.

Speaking in Hebrew at Tuesday’s opening ceremony, Israeli President Reuven Rivlin said that “When you are a Jew, even if you were not born in Poland, the very name ‘Poland’ stirs up trembling and longing in your heart.”

Polish President Bronislaw Komorowski said the museum will help Jews and Poles see each other without distortion and help build a renewed relationship between them.

The museum core exhibit is divided into eight sections, starting with the arrival of the first Jews in Poland and the legend of the name Polin (in which a voice from heaven told the wandering Jews that here they could rest).

The first Polish coin, one of only two in existence, is prominently displayed; minted by a Jew, it has distinct Hebrew lettering on it. The religious life of Polish Jewry is covered, with sections on chassidim, mitnagdim, Jewish texts, etc.

Particularly noteworthy is the reconstruction of the Gwozdziec Synagogue. Using period tools and techniques, hundreds of volunteers built and painted parts of the seventeenth-century edifice that stands as a magnificent centerpiece of the museum.

While not the main focus of the museum, the Holocaust is featured prominently, as is the reemergence of Jewish life in Poland.

One area of the museum that no visitor should miss is the educational center, said Sigmund Rolat, co-chair of the North American Council for the Museum.

“Education is of the utmost importance,” he told The Jewish Press. “Education will bring people together through understanding and will end hatred.”

“The museum is for everyone,” said Marian Turski, chairman of the museum board, “to give all people the opportunity of meeting a Jewish community that offered…fabulous thinkers, leaders, scholars, writers, musicians, and painters.”

(For more information about the museum, go to polin.pl.) 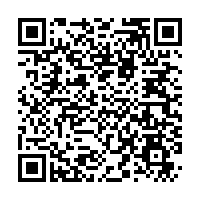