There was a time when an Orthodox Jewish traveler, offered a choice of visiting London, Paris or Rome, likely would have put Rome last on the list. Today, that would be a big mistake. Rome is a marvelous place to visit, especially for a religious Jew interested in the historical roots of the post-Second Temple Diaspora.

Rome, a city with 20,000 Jews, can be divided into three sections. The first is the city of Rome itself. Of particular interest are the dozens of piazzas (plazas), which are generally surrounded by world famous and historically significant museums, monuments, statues, buildings and pagan temples (from before the Christian era).

There is also a poignant Jewish memorial, recently established by the mayor of Rome, commemorating several public burnings of the Talmud and other Jewish books on the orders of various papal officials. Tourists can take that all in on a three- or four-hour walk in the heart of the city. The Coliseum and the Arch of Titus are located a bit farther away and require an additional fifteen minutes of walking.

There is also the magnificent Great Synagogue of Rome (Tempio Maggiore), a strictly Orthodox Sephardic shul (actually minhag Italki, which predates Christianity; its liturgical style was copied by the church). It seats 1,200 men and women with a proper mechitzah and features minyanim three times a day attended by hundreds of worshipers. The shul is adjacent to the newly renovated and beautiful Jewish Museum, where you’ll find many Jewish artifacts indigenous to Rome.

There is also a Jewish day school with classes from kindergarten through high school, with a student body of more than 1,500 Jewish children. You can easily spend your whole morning admiring this 450-year-old Jewish ghetto with its vibrant Jewish life.

The third and perhaps most riveting – and certainly, in my opinion, most meaningful – venue is the Vatican Museum’s Jewish Interest tour, conducted by Roy Doliner, founder of the Rome for Jews website and author, with Benjamin Blech, of The Sistine Secrets: Michelangelo’s Forbidden Messages in the Heart of the Vatican.

On this tour you’ll see the actual real-life facemasks and statues of such figures as the emperor Hadrian (Hadrayanus), who ruled ruthlessly over Judea after the destruction of the Second Temple and mercilessly suppressed the Bar Kochba revolt. You’ll also find Titus, whose father, Vespasian, laid siege to Jerusalem but returned to Rome when R’ Yochanan ben Zakai told him the emperor Nero had died and that he, Vespasian, was now the emperor. (Titus took his father’s place and destroyed the second Beis HaMikdash; according to the Talmud he exiled ninety thousand Jews to Rome after the Temple’s destruction.)

Featured as well are the facemask and statue of Antoninus, who succeeded Hadrian as emperor and allowed the Jews who remained in Judea to live in relative peace. His friendship with Rabbi Yehudah Hanasi is recalled in detail in the Talmud (Avodah Zarah 10a-11a; Berachos 57b).

We also discovered a lapidary room containing Jewish tombstones predating Christianity by several hundreds of years. The stones were inscribed with Jewish names that are still proudly carried by families who live in Rome.

If your hotel is not located close to the ghetto, there is a shul with a daily minyan headed by Rabbi Chazzan, a Lubavitcher shaliach, located at 33 Balbo Street, a twenty-minute walk from the Via Veneto the main street with its many four- and five-star hotels.

Jewish Press readers can easily enjoy the city without having to worry about minyanim, Shabbos observance, and strictly kosher dining.

Given all the above, what is an Orthodox tourist to do before actually heading to Rome? I recommend contacting contact David Walden at the Rome for Jews website (jewishrometours.com).

Venice is basically comprised of two parts. The main area is where most of the important general-interest tourist sites are found, including the Doge Palace and the Piazza St. Marco. From there you can walk to the Jewish ghetto, established in 1515 and comprising five shuls, the famous Rialto Bridge (remember The Merchant of Venice?) and most of the other tourist areas that make Venice famous. 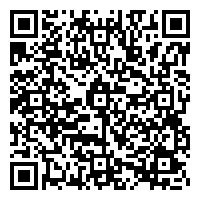