Rebbetzin Grossman explains the value of this project, whose origins she traces back to the time of Moshe Rabbeinu during the war with Midian, and continued during the wars of King David. During those times, for every soldier that went to battle someone was praying for him specifically. “And that’s what we’re doing” said Rebbetzin Grossman. “Hashem can do anything and everything. Davening and learning Torah for the sake of a soldier is so important because doing so can give him merits, can help him to receive Hashem’s rachamim, compassion and protection. And people know that. There were many, many stories after the last war about miracles which were attributed directly to the fact that the soldiers were being prayed for!”

The Elef LaMateh project is also adding to the achdus, unity and ahavas Yisrael, love of our fellow Jews, among the Jewish people today. “And also,” explains Rebbetzin Grossman, “our davening for the soldiers is a sort of great comfort, hope and encouragement for the soldiers and their families. When mothers and wives call to give in their son’s and husband’s names, they are so grateful for what we are doing. Knowing that Jews will be davening for the soldiers individually means so much to them! Hashem is in control of everything and they know it! Last erev Shabbos, mothers and wives were calling until the last minute before candle-lighting because it was so important for them to have someone daven for their loved ones.”


If you would like to learn and daven for a Jewish soldier in Eretz Yisrael, you can e-mail Mercaz Meidah Liyahadut atmyahadut@inter.net.il. Or you can call 02-5811-911. Or if you can contact visit KeverDavid.co.il.

Although the phones are manned by volunteers, the expenses are still very high and if anyone would like to donate to help this project to help our soldiers, it would be greatly appreciated. This can also be done via the above phone number or e-mail.

May we all share only besoros tovos and may our achdus, ahavas Yisroel and prayers lead to the coming of Mashiah very soon. 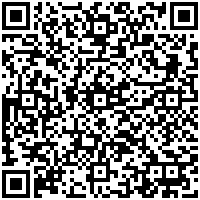