Last week, two Arabs decided to kill Jews. They went to the Old City of Jerusalem, to the Jaffa Gate where thousands enter each day to pray at the Western Wall. I can’t tell you how many times I have used that path – I was there just a few short weeks ago and will be there again soon. They pulled out their knives and proceeded to stab and injure anyone they could. Two remain in critical condition; two others were wounded. One man, a teacher and rabbi, was murdered. One person was accidentally caught in the crossfire when police neutralized the terrorists.

Sometimes I remember something I wrote and go search for it. I was explaining to someone something about Israel and the Magen David Adom ambulances and I remembered an article that I had written. I found it – but not here in this blog…only then realizing that it was written three years before I started this blog and so it can’t be here. But then, I found a link to my name for something else and found a website that quoted one of my posts here from several years ago. I’d forgotten all about this one…

Reading this “old” article sadly shows, in light of what happened today (and yesterday and last week and last month…) that it still applies. Here are things you do now want your children to know…
Things You Don’t Want Your Kids to KnowI had a discussion with Shmulik this morning. Our routines have settled into a nice pattern where he drives me to work two or three times a week. He takes the car to his yeshiva, and then we go home together. As he was speaking, I wished I could record what he was saying. So many things I want to tell you about and as he continued, it switched to so many things I wish he didn’t know. There is a wisdom there in his words, a clarity in his youth. He is married and yet still I see him as the boy he was, as well as the man he has become. He sees the world, I thought to myself, more than we want them to see.
Advertisement

He started with one thing and then got to the other. The first was interesting; the second broke my heart a bit. So the first. There is a problem in Israel, a division of society that runs deep. On one side of the divide, there is the misconception that Ultra-Orthodox Jews are backwards, warped, left behind in the 18th century, perhaps in Poland or the Russia of pogroms. On the other side, there are people who see a world that they do not want to live in, do not want their children to know. For the most part, they are not nearly as materialistic as much of the world. The Ultra-Orthodox Jews to whom I am related are modest people who live in small apartments, work to raise their children and invest in them – not with computers and modern toys, but with time and love and attention.

Their children are so incredibly polite and though they run and play as all children do, there is a sense of caring and responsibility. Older children care for the younger ones and yes, part of that is necessity. When there are nine children in a family, the older ones learn quickly that they have to help – and they do.

For the most part, the Ultra-Orthodox are warm, family-oriented people who believe they have found a way to make life mean more and want to pass this on to their children and yes, protect their culture and their children from things that would infringe on the lives and communities they have built. They believe they have the right – and don’t they really? – to choose what of this world they will bring into their lives and what they feel would be better to leave out.

They have cellular phones – and use them. But the Internet opens doors to deep and dark places so they would just as happily leave it away from their daily lives. Cars are not evil, buses, etc. but where darkness lurks, they choose the more obvious path to light. Or, they believe they do and as it is their lives, they have that right.

The problem, of course, is when anyone takes their right to make their own choices, and inflicts it on others. That is the eternal debate in Israel and with the Ultra-Orthodox. What right do they have to ask me to sit in the back of a bus because they believe men and women should be separated as much as possible? The answer, of course, is that they have a right to their separate buses – just so long as I have an equal right to my non-separate buses.

Each morning, we drive to my offices through one or two of their neighborhoods and so the discussion came about. “Who goes to war?” Shmulik asked me and then answered. According to the Torah, the tzadikkim – the righteous ones – went and in that way, believed God was with them and would support them. So, asks Shmulik, if the Ultra-Orthodox seek to be considered righteous ones, why don’t they take the lesson from the Torah and serve in the army?

It’s an interesting question. Many Ultra-Orthodox will argue that the “atmosphere” in the army is less conducive to a religious way of life, but really, given all that the army does in terms of making sure religious soldiers have kosher food (mehadrin, etc.) and a proper atmosphere, this isn’t really a good argument and his question remains. Wouldn’t the army be compelled to offer a better environment for religious soldiers – if it had more of them?

It is a debate we cannot finish because we are both on the same side. We both believe that the army and the Ultra-Orthodox would be better served by cooperating more and by all religious young men serving. We see a balance between the body and the soul – and both must be nurtured. It is a debate that Israel has had for the last 60 years – a need to seek spiritual and physical protection for our land and it is wrong to make one group provide all the physical protection. My sons should serve on the borders of Israel – as should the sons of the Ultra-Orthodox. I fully believe that God values the prayers and dreams of my sons (and daughters) equally with those of the Ultra-Orthodox.

Then, the conversation turned a bit. According to Jewish law, you are allowed, even commanded, to violate all but three laws to save your life or the life of another. Judaism is truly about living, not dying. We do not find glory in death. If you are starving, you eat not kosher food. If you are in a dangerous location, you travel, even on the Sabbath. All laws are off (except three) when it comes to life.

(For a great source on contradictions and outright inaccuracies in the Koran, see this great site: Answering Islam.) Anyway, we talked about the concept of an obligatory war and that’s when Shmulik knocked me off my feet (not in the literal sense, of course) – “every day here is a milhemet mitzvah,” he said.

And before I could adequately process that, he told me what I’ve always known, and something I wish my children didn’t, “they want to destroy us completely – so every day is a milhemet mitzvah,” he concluded.

An obligatory war is one that is fought because there is no choice – because if you don’t fight, your enemies will. The Arabs will shoot rockets at our cities, sneak into our homes and murder our babies. They will fight without honor, without bravery, and sneak off to murder what and when they can. An obligatory war is fought against the Samir Kuntars of the world, the Hassan Nassrallahs, and yes, even the ones who claim to be moderate in English, while calling for our destruction in Arabic. These are the ones who would kill a father in front of his little girl, and then murder her as well with their bare hands, or murder a three-month-old baby girl, or stab a three-year-old in the heart.

An obligatory war is one that is fought against an enemy that does not want peace and will not let you live in peace, no matter what you do, no matter what you give. Though the Torah speaks of absolving a man in his first year of marriage from going to war, it also explains that in a milhemet mitzvah, even the groom should leave his wedding canopy (chuppah). This is what Aharon Karov did in the Gulf War, when he was seriously wounded. This is what others did – the soldier who missed his son’s circumcision ceremony; fathers whose sons and daughters were born while they were in Gaza.

An Israeli ambulance was stoned a short while ago in Hebron, a bus was pelted with bricks; a few days ago, two Israeli young men, off-duty and dressed in regular clothes were assaulted and nearly lynched. The Arabs caught one of the boys, shoved him to the ground and carved “you dog” into his scalp; a firebomb was thrown at an IDF patrol; another rocket was fired at Israel’s south.

A milchemet mitzvah – every day. 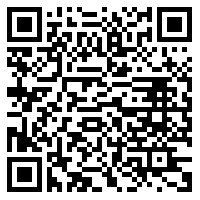