This morning, I took my youngest grandson, all of 9 months old, to the medical center for an appointment because his parents were at work. Even though I firmly believe that I would never forget him in the car, I make a point of putting my phone and pocketbook on the floor in the back of the car (and as I have a key-less car, I place the key in the bag in the backseat with him).

I parked the car in the shade, opened the back door so that it would not get hot in the car and as I explained to him what I was doing – because I firmly believe in speaking to babies all the time and to this little one in particular because I want him to hear English – I opened the trunk and got out the carriage. As I was taking the baby from the car to put him in the carriage, an Arab was sweeping the street nearby.


Maale Adumim has won many awards for its beauty and for its cleanliness. Baby in my arms, I wished the Arab good morning. And he responded by wishing me a good morning back. Nothing exceptional there…but it continued.

He wished me an easy fast, knowing that Yom Kippur is coming in just a few days. He wished me a quiet day – which in Israel is synonymous for a day without terror attacks. Yesterday there was an attack and three Israelis were murdered.

Like the elephant in the room – those things we think about but don’t say, he continued by saying “It isn’t in the Torah and it isn’t in the Koran,” he told me. “We need to have peace. We will have peace.”

I told him that I hope he is right and he answered that we have to make peace and again wished me a good day.

I don’t know where he lives. I don’t really know if he was a Beduoin or an Israeli but what I do know is that conversations like this do so much to restore my hope for the future.

Do I believe there will be peace between Jews and Arabs in the future? Sadly, the answer is I still don’t know…but do I hope there will be? More than you can ever imagine. 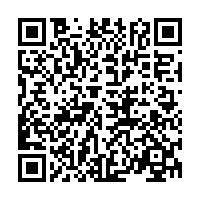