Moments ago, there was a terror attack in Beersheva, a name that dates back to the Bible…a place where Abraham, our forefather visited. It is ancient and modern – uniquely Jewish.

Six Israelis have been injured…at least one is in critical condition. Among the injured – those who rushed to defend – a policeman, a soldier.

“Moments after the attack, President Obama phoned Netanyahu to condemn the incident and Kerry called Abu Mazen demanding that he reign in the terrorists. Both men demanded that the Palestinians stop the incitement and Abu Mazen immediately agreed and denounced the attack.”

In reality – it is very likely that there will be silence from the White House, silence from the State Department. Abu Mazen’s Fatah and Hamas in Gaza will praise the murderers and very shortly, I’ll hear fireworks from the neighboring villages as they celebrate their latest victory over innocent human beings who just wanted to get home at the end of the work day.

Newspapers that I once respected – The New York Times and others will speak of two dead Palestinians in this ongoing “cycle of violence” – never mind that they chose their destiny the minute they took a gun and aimed it an innocent people.

And sadly, American Jews will likely ignore this latest attack…after all, it’s Sunday and they’re enjoying their bagels and lox and cream cheese…and once again the chasm seems to very wide.

And Israel is now hearing that there were seven victims, possibly all in their 20s…four are now said to be policemen, 1 soldier, and 2 civilians. All we know at this point is that all of them will carry these scars for the rest of their lives.

May God grant them a refuah shlayma – a full and complete recovery and may those who armed and sent these terrorists know no peace – not in this life and not in the next. 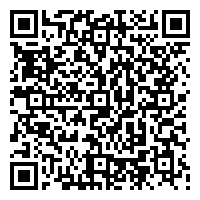